By David Milliken LONDON (Reuters) - Former Reserve Bank of India chief Raghuram Rajan said on Wednesday he did not intend to apply for the job of Bank of England governor which is due to come vacant next year. 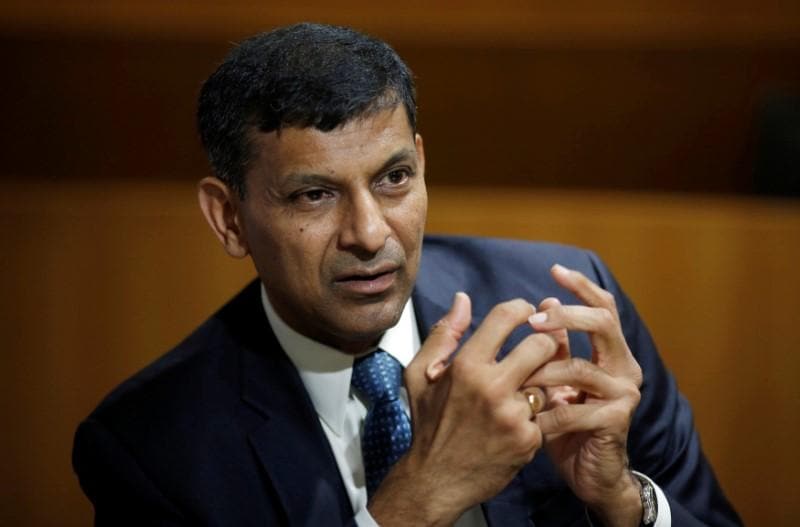 LONDON (Reuters) - Former Reserve Bank of India chief Raghuram Rajan said on Wednesday he did not intend to apply for the job of Bank of England governor which is due to come vacant next year.

Rajan has been mentioned by analysts as a possible future BoE governor after Mark Carney - who previously headed Canada's central bank - steps down at the end of June 2019.

"I have a very good job at the University of Chicago and I actually am an academic, not a professional central banker. I am very happy where I am," Rajan told reporters after an event in London hosted by the U.S. university's Booth School of Business, where he is a finance professor.

"I think I’ve said all I can say. I’m not going to apply for a job anywhere, absolutely."

Asked what he would do if he were approached to fill the role, Rajan - who was the RBI's governor until September 2016 - said he had answered a similar question.

British finance minister Philip Hammond is expected to name Carney's successor later this year, and said in Washington last month that he would consider candidates from abroad.

Andrew Bailey, a former BoE deputy governor who now heads Britain's Financial Conduct Authority, is seen as the front-runner by many economists in the City of London.

Aside from current senior BoE staff, other names mentioned include Agustin Carstens, the Mexican who is general manager of the Bank for International Settlements, Minouche Shafik, a former BoE deputy governor who heads the London School of Economics and Shriti Vadera, who chairs Santander UK

Rajan is a former chief economist at the International Monetary Fund, and warned of financial imbalances in the run-up to the 2007-08 global crisis.

On Wednesday, he said that banks were now much safer but risk had shifted to other parts of the financial system.

Debt troubles in Argentina were likely to be repeated elsewhere and he highlighted the increased volume of 'covenant-lite' loans compared with before the crisis.

The U.S. Federal Reserve and the European Central Bank had probably done too much in the way of asset purchases once the worst of the crisis had passed, Rajan added, and had let governments off the hook in terms of undertaking structural reform and providing fiscal stimulus.

In the ECB's case, asset purchases appeared to have weakened the euro but not boosted real economic activity.

He declined to comment on whether the BoE's 435 billion pound ($587 billion) asset purchases were too much, or if Britain's fiscal austerity since 2010 had been excessive, as he had not studied the British economy in as much depth.