By Ben Klayman and Paul Lienert DEARBORN, Mich. (Reuters) - Ford Motor Co on Wednesday posted a lower quarterly profit as it took charges for its global restructuring, and reduced its full-year operating profit forecast due to higher warranty and incentive costs, as well as lower-than-expected sales in China. The revised forecast sent shares down 2.5% in after-hours trading 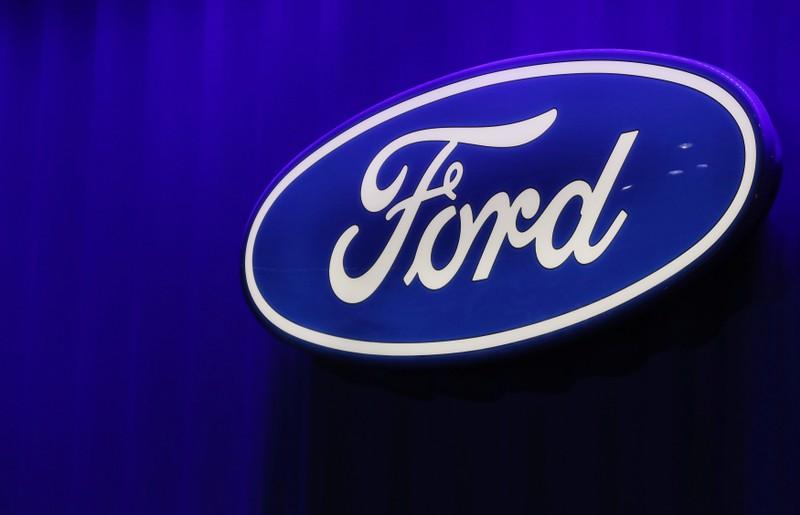 The revised forecast sent shares down 2.5% in after-hours trading.

In a conference call, Chief Executive Officer Jim Hackett said Ford "experienced more headwinds" than expected in the quarter, especially warranty costs, but did not elaborate.

"As a result, we will not grow adjusted EBIT this year as we intended," Hackett said, referring to earnings before interest and taxes.

The company also suffered a bumpy introduction of the redesigned Ford Explorer and all-new Lincoln Aviator in the quarter, said Joe Hinrichs, Ford's president of automotive.

"We were disappointed in the overall performance," he told analysts on a conference call, referring to the uneven vehicle launch and production ramp-up at the aging Chicago assembly plant.

"We took on too much," said Hinrichs, citing the difficulty of launching the Explorer and Aviator simultaneously while it was breaking in a new assembly line at the 95-year-old Chicago plant. "We have plenty of inventory now at dealers," he added.

The third quarter included $1.5 billion (£1.16 billion) in costs for the company's global restructuring, $800 million of which was related to the formation of a joint venture in India with Mahindra & Mahindra.

Ford's ongoing restructuring includes cutting costs and overhauling its product lineup in key global markets like China and Europe. As of Wednesday, Ford so far had recorded only $3.3 billion of the projected $11 billion in charges it previously said it would take for the global restructuring, up from $2.2 billion at the end of the second quarter.

The No. 2 U.S. automaker still faces the prospect of negotiating a new four-year labor agreement with the United Auto Workers following the union's more than month-long strike against General Motors Co

Ford's third-quarter operating profit in North America was just over $2 billion. Its U.S. sales in the quarter fell 4.9%, but demand for the lucrative pickups remained strong with an increase of almost 9%.

Ford's third-quarter sales in China fell 30% as it continued to lose ground in a prolonged sales decline in its second-biggest market. Ford has been struggling to revive sales in China after its business began slumping in late 2017.

The slowing market in China has not helped as sales in the world's largest auto market fell last year for the first time since the 1990s and are expected to decline again this year.

Earlier in October, Ford formed the Mahindra joint venture to reduce its risk in the local market and cut the cost of developing vehicles for emerging markets.

In September, Moody's downgraded Ford's credit rating to junk status - below what it rates larger rival GM - citing Ford's operating and market challenges, and weak cash generation due to its global restructuring.