MOSCOW (Reuters) - Ford Motor Co's Russian joint venture Ford Sollers will close two assembly plants and an engine factory in Russia, exiting the country's passenger vehicle market, resulting in charges of about $450 million to $500 million. The move is part of a restructuring that will see Russia's Sollers assume control of the venture, which is currently led by the U.S. 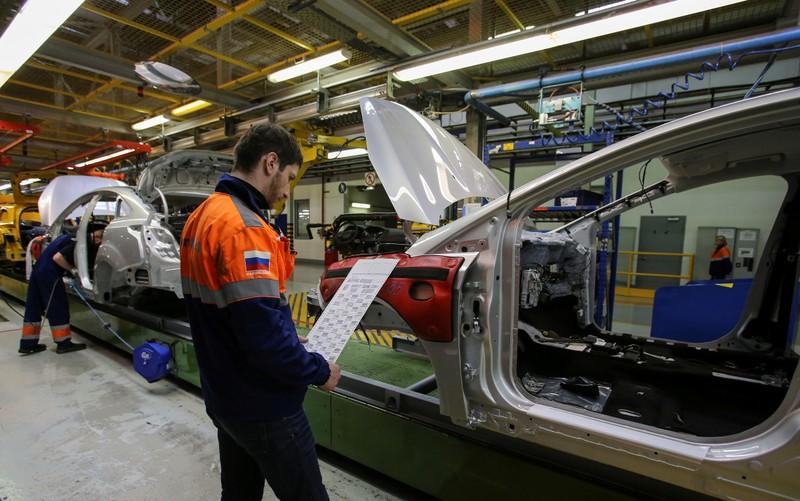 The move is part of a restructuring that will see Russia's Sollers assume control of the venture, which is currently led by the U.S. automaker, the companies said in a statement on Wednesday.

Industry sources told Reuters this month that Ford was considering closing Russian plants as it was reviewing operations in unprofitable regions.

The No. 2 U.S. carmaker said the closures would lead to "significant" job losses, along with the closure of assembly plants in Naberezhnye Chelny and St. Petersburg, and an engine plant in Elabuga. The restructuring follows similar actions in South America and Europe as Ford works to return to profitability in money-losing markets.

Ford also has been negotiating to expand a commercial vehicle and pickup truck alliance with Germany's Volkswagen AG, with investors focused on potential partnerships around the development of electric and self-driving vehicles. Those talks also include working together regionally, including possible plant consolidation. A Ford spokeswoman said the talks are continuing.

A restructured Ford Sollers will focus on commercial vehicles, while passenger vehicle production will cease by the end of June, the companies said.

"The new Ford Sollers structure supports Ford's global redesign strategy to expand our leadership in commercial vehicles and to grow the business in Europe in those market segments that offer better returns on invested capital," Steven Armstrong, president of Ford of Europe, said in the statement.

Ford was the first international carmaker to launch vehicle assembly in Russia, opening a plant in St Petersburg in 2002. In 2011, it set up a joint venture with Sollers in which Ford and Sollers each hold a 50 percent stake, but Ford has controlled the business since buying up preferred shares. Under the new structure, Sollers will take a 51 percent controlling interest.

Sales of new cars in Russia are expected to rise 3.6 percent this year, marking a slowdown from last year, according to an estimate from the Association of European Businesses lobby group.

"The Russian passenger vehicle market has been under significant pressure in recent years, with recovery slower than expected and a shift to lower priced passenger vehicle segments," Ford said, adding that resulted in underused plants.

Ford said it expects pretax special item charges of $450 million to $500 million, most of which will be recorded this year and are part of the previously announced $11 billion charge that Ford said it would take to globally restructure its business.

(Reporting by Gleb Stolyarov in Moscow and Ben Klayman in Detroit; Writing by Maria Kiselyova; Editing by Mark Potter and Paul Simao)