By Ben Klayman DETROIT (Reuters) - Ford Motor Co forecast a weaker-than-expected fourth quarter profit and provided a cloudier 2019 outlook due to tariff costs and uncertainty over Britain's exit from the European Union, sending shares down more than 3.5 percent on Wednesday. The No. 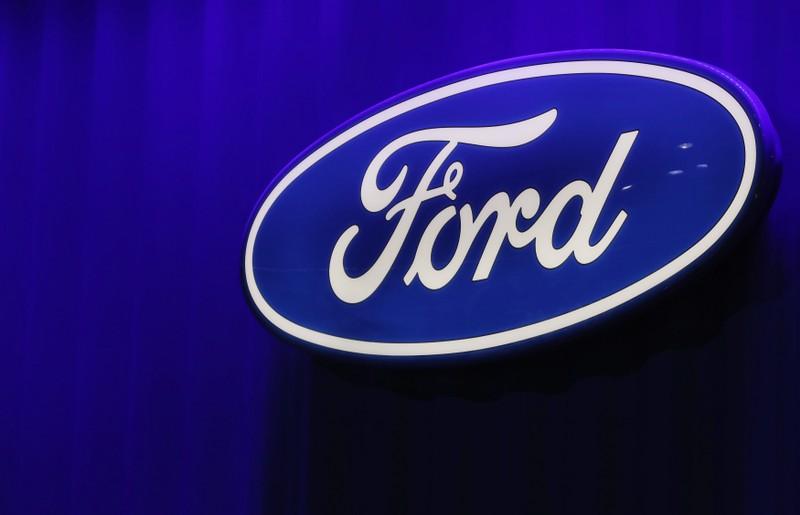 DETROIT (Reuters) - Ford Motor Co forecast a weaker-than-expected fourth quarter profit and provided a cloudier 2019 outlook due to tariff costs and uncertainty over Britain's exit from the European Union, sending shares down more than 3.5 percent on Wednesday.

The No. 2 U.S. automaker, which is restructuring its operations globally, disappointed analysts by not providing a detailed financial forecast for this year, simply saying earnings and revenue could improve. It said, however, that tariffs could erode 2019 earnings by about $700 million.

"Investor patience is likely to be further tested today as Ford has basically once again said 'your guess' to the financial community with respect to specific financial guidance" for 2019, Evercore ISI analysts said in a research note.

Ford is the top selling automotive brand in Britain, and a no-deal British exit from the European Union, while unlikely, would be "catastrophic," he said.

"Until we see how some of these things begin to play out ... we want to be a little prudent in terms of how specific we are," Shanks said at a Deutsche Bank conference in Detroit. "But do we think we should improve the business this year? Absolutely."

Ford also expects tariffs imposed by the United States and China, and the impact of higher costs for steel and aluminum, to hurt profits by about $700 million this year, Shanks said.

Among positive factors will be new product rollouts like the Ford Ranger pickup truck and Explorer sport utility vehicle, its restructuring initiatives, a recovery in China, and the redesign of its money-losing European operations. Ford does not expect a U.S. recession this year.

The company is moving away from sedans and investing more heavily in higher-profit pickup trucks, commercial vans and sport utility vehicles. Ford will invest 90 percent of its capital in trucks and SUVs from 2019 to 2023.

The absence of details provided on its expected profit could point to Ford having less visibility on the market and the challenges it faces, RBC Capital Markets analyst Joseph Spak said.

"The lack of a formal range is likely to lead to more dispersion of estimates and expectations, making it more challenging to 'hit' investor expectations," he said in a research note. "That could add difficulty to Ford's effort to build market confidence in their turnaround plan."

Ford said it expects 2018 adjusted earnings of $1.30 a share on revenue of $160.3 billion. That's down from its October forecast for operating earnings per share of $1.30 to $1.50, and 3 cents lower than analysts' estimates, according to Refinitiv IBES data.

For the fourth quarter, Ford expects adjusted earnings of 30 cents a share, below the 32 cents expected by analysts.

The automaker maintained its quarterly dividend payout at 15 cents a share.

On Tuesday, Ford and Germany's Volkswagen AG said they would join forces on commercial vans and pickups and were exploring joint development of electric and self-driving technology in a bid to save the automakers billions of dollars.

Ford, which is cutting jobs globally, remains committed to its money-losing operations in Europe and South America, president of global markets, Jim Farley, said. Losses in China, where Ford has struggled, will narrow this year, he added.

Last week, Ford said it would cut thousands of jobs and look at plant closures in Europe, as part of its plan to return to a 6 percent operating margin in the region.

In South America, Farley said Ford will improve its manufacturing operations through the VW alliance, but did not provide details.