By Joseph White DETROIT (Reuters) - Ford Motor Co said on Thursday it had hired outside experts to investigate its vehicle fuel economy and testing procedures after employees raised concerns, and did not know whether it would have to correct data given to regulators or consumers. The investigation and concerns involving Ford's testing processes do not involve the use of so-called defeat devices - hardware and software designed deliberately to deceive government emissions tests, Kimberly Pittel, Ford's group vice president for sustainability, environment and safety engineering, told Reuters on Thursday. The automaker since last fall has been investigating concerns raised by employees that incorrect calculations were used to translate test results into the mileage and emissions data submitted to regulators, Pittel said. 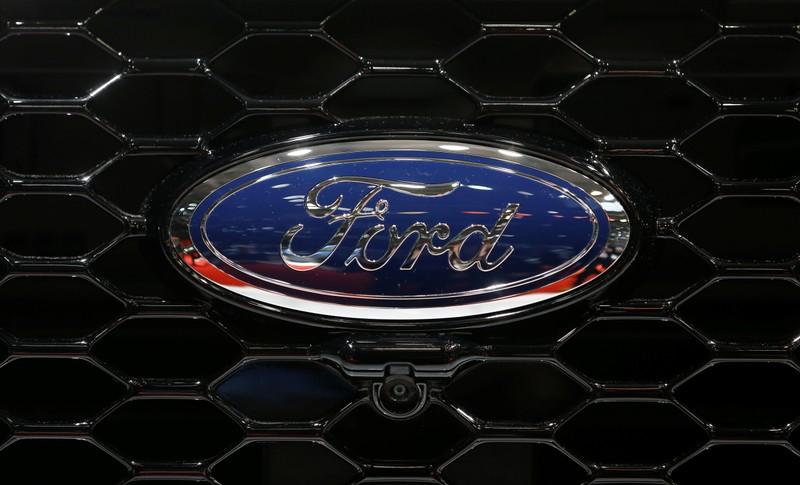 DETROIT (Reuters) - Ford Motor Co said on Thursday it had hired outside experts to investigate its vehicle fuel economy and testing procedures after employees raised concerns, and did not know whether it would have to correct data given to regulators or consumers.

The automaker since last fall has been investigating concerns raised by employees that incorrect calculations were used to translate test results into the mileage and emissions data submitted to regulators, Pittel said.

Ford said it was evaluating changes to the process it uses to develop fuel economy and emissions figures, "including engineering, technical and governance components."

Ford has hired the Sidley, Austin law firm to lead an independent investigation into possible discrepancies in calculations used to produce emissions and fuel economy figures, Pittel said. The company is using an independent laboratory to conduct testing.

U.S. and California regulators have been cracking down on automakers for emissions cheating following revelations in 2015 that German automaker Volkswagen AG had used defeat devices to make models equipped with diesel engines appear to comply with emissions standards when they emitted far more pollution than allowed in real-world driving.

"We have voluntarily shared this information" with the U.S. Environmental Protection Agency and the California Air Resources Board, Pittel said. Ford notified the agencies this week, she said.

The investigation has started with testing of the 2019 Ranger pickup truck, and the company expects data back next week, Pittel said.

Pittel said it was not clear what impact the review will have on advertised mileage or fuel economy data submitted to regulators, nor is it clear how many vehicles could be affected if Ford is required to revise the data.

"We are going to go where the investigation takes us," she said.