By Ben Klayman DETROIT (Reuters) - Ford Motor Co's shift in production at a Michigan plant to trucks from less profitable cars will lead to a more than $1 billion improvement in operating earnings, an official at the No. 2 U.S. 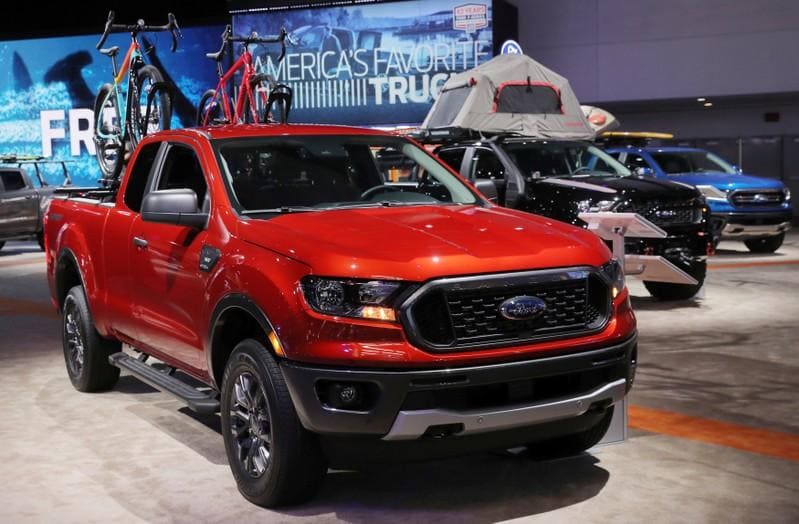 DETROIT (Reuters) - Ford Motor Co's shift in production at a Michigan plant to trucks from less profitable cars will lead to a more than $1 billion improvement in operating earnings, an official at the No. 2 U.S. automaker said on Wednesday.

The increase in earnings, before interest and taxes, in 2021 compared with 2017 is due to the shift at the Michigan Assembly Plant in Wayne, Michigan, from C-Max hybrids and Focus compact cars to Ranger mid-sized pickup trucks and Bronco SUVs, Ford's Jim Baumbick, vice president of enterprise product line management, said at a Bank of America Merrill Lynch conference in New York.

"The absolute change in profitability is over $1 billion EBIT and we expect over the long, normal cycle, that to continue to improve," he said. "That's just an example of other choices that we're making in the portfolio that are going to unlock additional value."

Ford has been restructuring its operations globally to improve profitability and speed product development.

Ford is making product shifts elsewhere that are similar to those at the Michigan plant. Baumbick declined to provide details but said there were a couple of cases in which Ford was making "major changes in the overall profit contribution" from one vehicle to another.

The Ranger went on sale in January and the Bronco will launch next year.

Ford invested $850 million in the Detroit-area plant to retool for the pickup and SUV.

Baumbick said Ford will not chase volume over profitability with any launches. "If the better business has a slightly lower volume, then so be it," he said.

As part of Ford's push to speed up product development, Baumbick said a team of employees in 12 weeks developed a vehicle for the "affordable segments" that will go into production before the end of 2022. He declined to provide more detail.

Ford, based in Dearborn, Michigan, gets 150 percent of its operating profit from its strongest products, such as F-150 full-size pickup trucks and Transit vans. The focus is on shifting investments to areas that offer operating profit margins in the high teens on a percentage basis, Baumbick said.

He also said a Ford Mustang-inspired battery electric SUV that Ford plans to introduce next year would be profitable from its launch and build on company strengths, just like the upcoming electric F-150 will do.