By Hari Kishan BENGALURU (Reuters) - The U.S.-China trade war may blunt some of the stimulus on the U.S. housing market from expected further interest rate cuts by the Federal Reserve, with only a modest outlook for price rises, a Reuters poll of property market experts found. 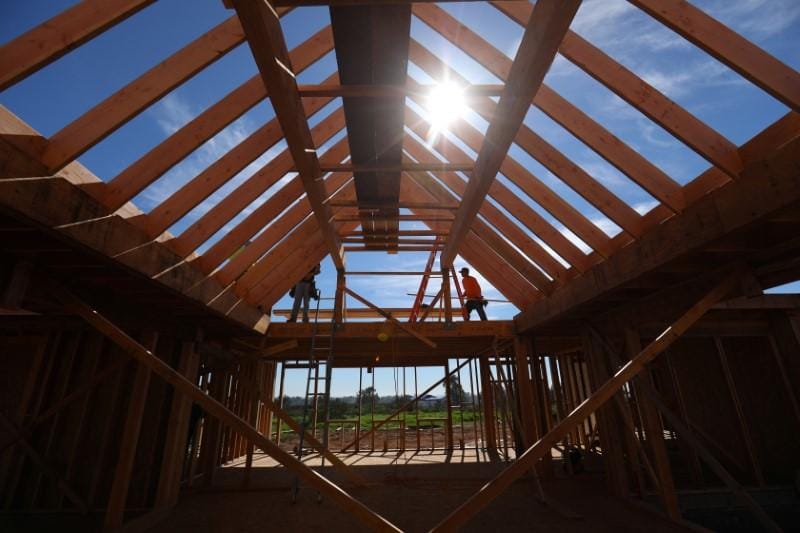 BENGALURU (Reuters) - The U.S.-China trade war may blunt some of the stimulus on the U.S. housing market from expected further interest rate cuts by the Federal Reserve, with only a modest outlook for price rises, a Reuters poll of property market experts found.

The current 3% average rise expected for residential property across the United States this year is the weakest since quarterly polling for calendar 2019 began in February 2017, despite a complete reversal in Fed policy and market expectations for at least two more rate cuts this year.

Property prices are still expected to outpace inflation, but the slowdown suggests there will be no meaningful contribution to growth from the housing market.

Nearly 70% of analysts who answered an additional question said the risk to their already-modest housing market outlook was skewed more to the downside.

"The problem is that overall sentiment is starting to show some signs of weakness...so the fear is that issues outside the housing market are preventing a stronger recovery than otherwise would have been without the trade war," said Brett Ryan, senior U.S. economist at Deutsche Bank in New York.

The year-long U.S.-China trade war has increased the risks of a recession not just in those two countries but also globally, according to Reuters polls of economists, foreign exchange analysts, bond strategists and fund managers.

In the latest poll, nearly two-thirds of analysts - 20 of 32 - who responded to a separate question said the trade dispute will be damaging to housing market activity. Ten analysts said it would have no impact, while only two said it would help.

"Fears of an impending recession could dent consumer confidence, and housing demand would likely be the first casualty," said Scott Anderson, chief economist at Bank of the West in San Francisco.

Minutes from the Fed's July meeting showed policymakers were deeply divided on the quarter-point rate cut delivered then, taking the fed funds rate to 2.0-2.25%, and also did not want to give the impression that they were on a pre-set easing path.

But even the run-up to that rate cut, where market expectations swung violently from pricing in a series of rises to reductions, has not done much for U.S. housing, a typically interest-rate sensitive sector of the economy.

"The sharp fall in mortgage interest rates seen since the start of the year has not spurred much of a recovery in housing market activity," said Matthew Pointon, property economist at Capital Economics in New York.

"With concerns around the economic outlook growing, we doubt housing market activity will see much of a recovery in the second half of the year."

U.S. Treasury yields have plunged since the July meeting and the gap between 2-year and 10-year yields has inverted, a typically reliable indicator of an impending recession.

Thirty-year mortgage rates have dropped about 100 basis points since late last year and are expected to stay below 4% over the next several years, around 60 basis points lower than forecast just three months ago.

Yet measures of housing market activity have not responded vigorously.

Indeed, latest data showed housing starts fell for a third-straight month driven by a steep decline in the construction of multi-family units. Building permits offered some hope, jumping to a seven-month high.

While existing home sales, which make up for about 90% of total home sales in the U.S., rose more than expected last month, they are expected to stay around the current 5.3 million unit annualized rate until the first half of next year, according to the poll.

That is well below the peak of 7.0 million units during the last housing boom before the global financial crisis more than a decade ago.