By Lucia Mutikani WASHINGTON (Reuters) - U.S. homebuilding increased in June by the most in nearly four years amid reports of rising demand for housing in suburbs and rural areas as companies allow employees to work from home during the COVID-19 pandemic 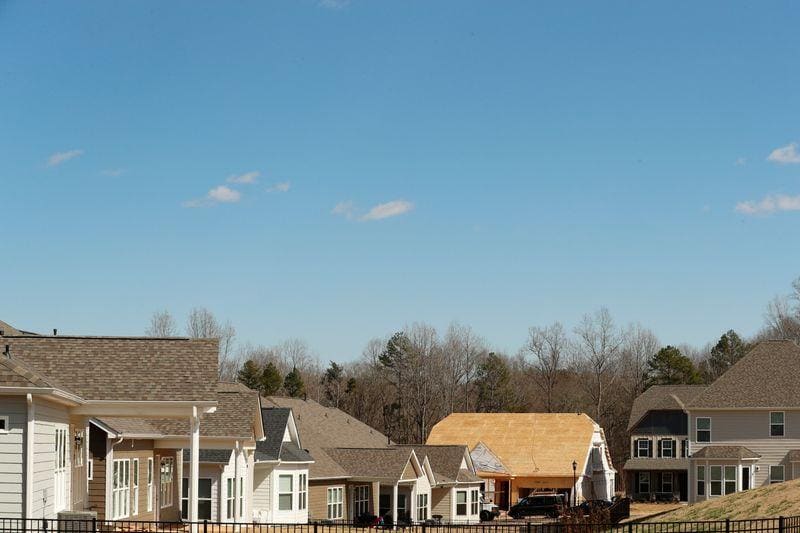 WASHINGTON (Reuters) - U.S. homebuilding increased in June by the most in nearly four years amid reports of rising demand for housing in suburbs and rural areas as companies allow employees to work from home during the COVID-19 pandemic.

But a resurgence in new coronavirus infections across the country eroded consumer sentiment in mid-July, other data showed on Friday, threatening the nascent housing and economic recovery. Some areas in virus hot spots in the populous South and West regions have either shut down businesses again or paused reopenings.

The economy slipped into recession in February.

"Home building is coming back at a steady, if unspectacular pace," said Robert Frick, corporate economist at Navy Federal Credit Union in Vienna, Virginia. "The numbers also verify that many people are leaving, or planning to leave, big cities as telecommuting becomes the norm for many businesses."

Housing starts increased 17.3% to a seasonally adjusted annual rate of 1.186 million units last month, the Commerce Department said. The percentage gain was the largest since October 2016. Data for May was revised up to a 1.011 million-unit pace from the previously reported 974,000.

Still, homebuilding remains 24.3% below its February level. The South and the West accounted for about 75% of housing starts last month. Economists polled by Reuters had forecast starts increasing to a rate of 1.169 million units.

A survey on Thursday showed confidence among single-family homebuilders vaulting in July to levels that prevailed before the coronavirus crisis upended the economy in March.

Demand for housing is being supported by cheaper mortgage rates. The 30-year fixed mortgage rate is at an average of 2.98%, the lowest since 1971, according to data from mortgage finance agency Freddie Mac.

But with a staggering 32 million Americans collecting unemployment checks and lumber prices at a two-year high, a robust housing market is unlikely. Unemployment could worsen as new cases of the respiratory illness sky-rocket without a coordinated national effort to control the spread of the virus.

In a separate report on Friday, the University of Michigan said its consumer sentiment index dropped to a reading of 73.2 in mid-July "due to the widespread resurgence of the coronavirus" from 78.1 in June. It warned further declines were likely in the months ahead.

The United States reported at least 77,000 new COVID-19 cases nationwide on Thursday, a record daily jump in known infections for the seventh time this month, according to a Reuters tally.

"Sentiment will likely remain subdued in the absence of a more substantial health response that will result in better virus containment and prevent repeated closures that will cause more permanent damage to the labor market," said Rubeela Farooqi, chief U.S. economist at High Frequency Economics in White Plains, New York.

Stocks on Wall Street fell as investors worried about the explosion in coronavirus cases. The dollar slipped against a basket of currencies while U.S. Treasury prices rose.

Home building last month was boosted by a 17.2% jump in the construction of singe-family housing units, which accounts for the largest share of the housing market, to a rate of 831,000 units. Groundbreaking activity increased in the Midwest, South and Northeast, but fell in the West.

Starts are likely to advance further in the coming months.

Permits for future homebuilding rose 2.1% to a rate of 1.241 million units in June, placing them well ahead of starts. Single-family building permits shot up 11.8% to a rate of 834,000 units.

"There had been a trend to multi-family construction but this could be reversed if the experience with the pandemic results in the reported urban flight becoming a longer-run phenomenon," said Conrad DeQuadros, senior economic advisor at Brean Capital in New York.

There was also a rise last month in housing completions, though the stock of homes under construction dipped. That, together with increased groundbreaking and building permits, could help to ease an acute shortage of homes for sale that has constrained the housing market.