By David Shepardson (Reuters) - Fiat Chrysler Automobiles NV said on Tuesday that U.S. regulators have received a 'wake-up call' from automakers over the hurdles they face in trying to meet rising Obama-era fuel-efficiency requirements. In day two of a three-day public hearing over the Trump administration's proposal to freeze fuel-efficiency standards at 2020 levels through 2026, automakers urged regulators to continue to boost fuel requirements but also take into account shifting consumer demand 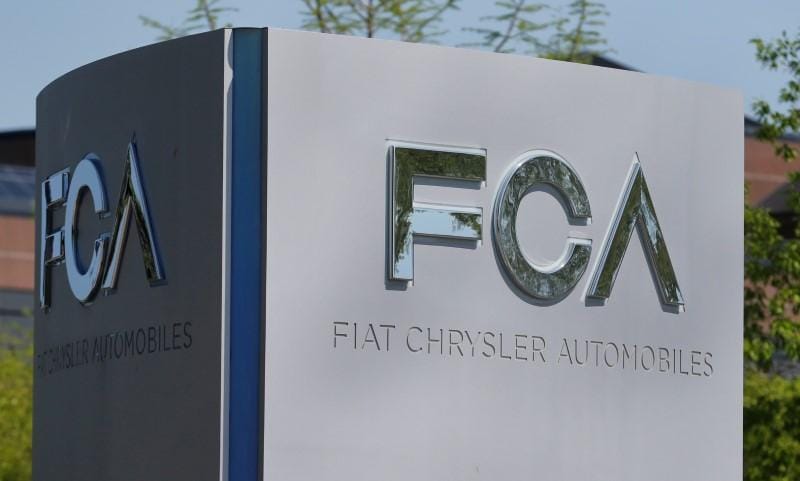 (Reuters) - Fiat Chrysler Automobiles NV said on Tuesday that U.S. regulators have received a "wake-up call" from automakers over the hurdles they face in trying to meet rising Obama-era fuel-efficiency requirements.

In day two of a three-day public hearing over the Trump administration's proposal to freeze fuel-efficiency standards at 2020 levels through 2026, automakers urged regulators to continue to boost fuel requirements but also take into account shifting consumer demand.

The Obama administration in 2012 approved rules to nearly double fuel-efficiency requirements to a fleetwide average of more than 50 miles per gallon but agreed to an evaluation by 2018 over whether the final years of the requirements were feasible.

The Trump administration billed the proposed rollback from Obama-era fuel efficiency standards as a way to help car companies and lower vehicle prices for consumers, but critics note the plan will raise estimated fuel consumption by 500,000 barrels of oil a day by the 2030s and boost pollution.

Securing America's Future Energy, a group of retired military leaders and business executives, proposed on Tuesday a compromise hiking requirements by at least 2 percent annually through 2026 with credits for electric vehicles and incentives for self-driving vehicles.

Steve Bartoli, a Fiat Chrysler vice president who oversees fuel economy issues, said at the hearing that the U.S. auto market is significantly different today than was forecast in 2012, marked by lower gasoline prices and a dramatic shift in buying habits from cars to sport utility vehicles.

He said starting in 2016 the auto industry has been unable to meet current requirements without using credits earned from prior model years. Bartoli called the gap "a wake-up call that assumptions made seven years ago about the U.S. auto market need to be revisited."

He added that "in business and in government, we have to make decisions based on the best information available to us at the time, but we also must be nimble enough to adjust our plans when the facts on the ground change."

Neither Fiat Chrysler nor Ford Motor Co, which also testified at the hearing, back a specific fuel-efficiency requirement through 2026.

The Trump administration also wants to revoke California's authority to set its own strict tailpipe emissions rules and mandate the sale of electric vehicles. California is moving ahead with setting its own rules, and 19 states said in August they would challenge the rollback in court. California this week urged the administration to abandon its proposal.

Automakers want California and the White House to reach agreement on nationwide rules.

(Reporting by David Shepardson in Washington; Editing by Matthew Lewis)