New Delhi: Fertiliser major IFFCO on Friday announced a joint venture with Spain's Congelados De Navarra to set up a food processing plant at Ludhiana in Punjab with an investment of Rs 325 crore.

With this joint venture, co-operative IFFCO will foray into food processing sector.

Congelados De Navarra is a $220 million company that has pioneered the individually quick frozen (IQF) technology. It is into processing of vegetables, fruits, herbs and ready-made pre-cooked dishes.

"We have formed a JV with Congelados De Navarra to set up a plant in Ludhiana. We have already identified 40-acre land for this purpose," IFFCO's MD US Awasthi told PTI. 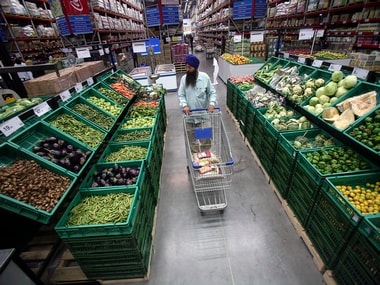 "The joint venture company will invest 40 million Euros (about Rs 325 crore) to set up a greenfield food processing unit. The foundation stone of this plant would be laid in December and work would be completed in 18 months," Awasthi said.

The proposed plant will source produce like potatoes, peas and cauliflower from farmers and then process them for sale in domestic and exports market.

The IFFCO's MD said it was a logical step for the co-operative to get into the food processing business for the benefit of farmers.

This would contribute in the government's goal to double farmers income by 2022, he added.

The pre-feasibility study for the project by Congelados De Navarra has already been completed.

Recently, IFFCO partnered with Singapore-based technology firm iMandi to start an e-commerce platform for farmers with an investment of about Rs 80 crore.

Delhi-based Indian Farmers Fertiliser Cooperative Limited (IFFCO) has 35,000 member societies in its fold. The cooperative posted a turnover of Rs 20,787 crore during last fiscal. It produced nearly 8 million tonnes and sold 10.3 million tonnes of fertilisers during 2017-18.