By Giulio Piovaccari MILAN (Reuters) - Ferrari is set to roll out the Roma, a record fifth new model this year for the 'Prancing Horse', as it expands its stable to help sustain its profit and share price growth. 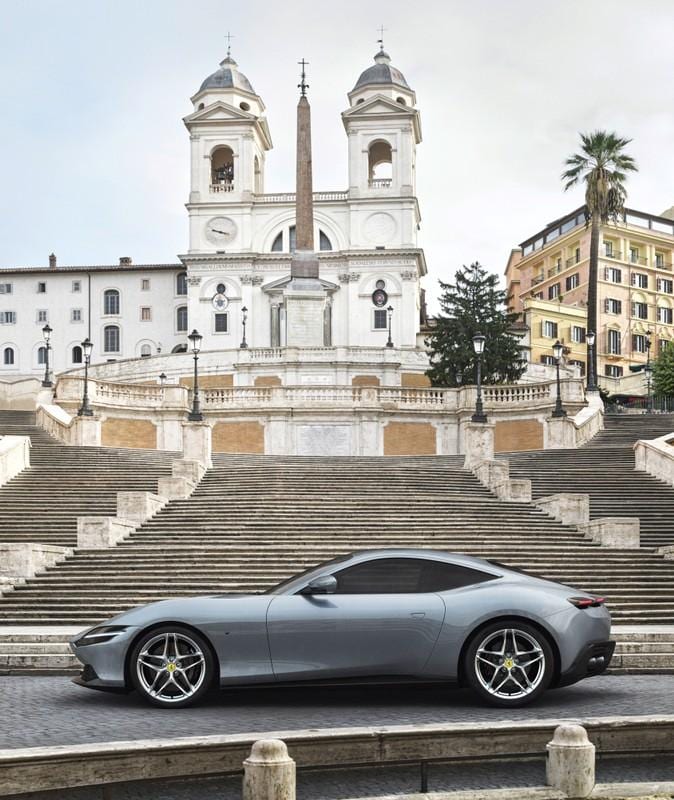 The new grand tourer (GT) will make its debut on Thursday in Italy's capital in an event inspired by Federico Fellini's "La Dolce Vita".

GTs are more comfortable on long journeys than high-performance sports cars and models from the 1960s, some seating four, are among the most popular at auctions and among Ferrari enthusiasts. Ferrari has said previously that about 40% of its total sales could come from GT models by 2022, up from 32% now.

The Roma will be a 2+ coupé, meaning it has two small rear-seats, Ferrari said on Wednesday, without disclosing its price.

"With its distinctive flair and style, the car is a contemporary representation of the carefree, pleasurable way of life that characterised Rome in the 1950s and 1960s," the Italian luxury carmaker added.

This year's other new releases include another GT, the 812 GTS, presented in September, which the company described as a return for a model type that has played a "pivotal role in the marque's history", as well as the F90 Stradale, Ferrari's first hybrid car in series-production.

Ferrari has also promised several special edition hybrid cars and a utility vehicle, the Purosangue, which is expected by late 2022 as it seeks to almost double core earnings and boost margins to above 38%, without sacrificing exclusivity.

It is set to slow the roll-out of new vehicles in the coming years, as it planned to launch 15 models between 2019 and 2022, while achieving a significant increase in average retail price.

Chairman John Elkann has said that Ferrari, which shipped fewer than 10,000 cars last year, would not try to chase German rival Porsche

To capitalise further on its name, Ferrari plans new apparel and accessory collections, entertainment offers, and luxury products and services for clients.