Femsa to lay off 2,000 Venezuela workers amid crisis - union

VALENCIA, Venezuela (Reuters) - Coca Cola Femsa is preparing to lay off 2,000 of the 4,800 total workers at its Venezuela soft drink operations due to falling demand in the crisis-stricken country, a union leader said, while the company acknowledged it was 'revising' output. 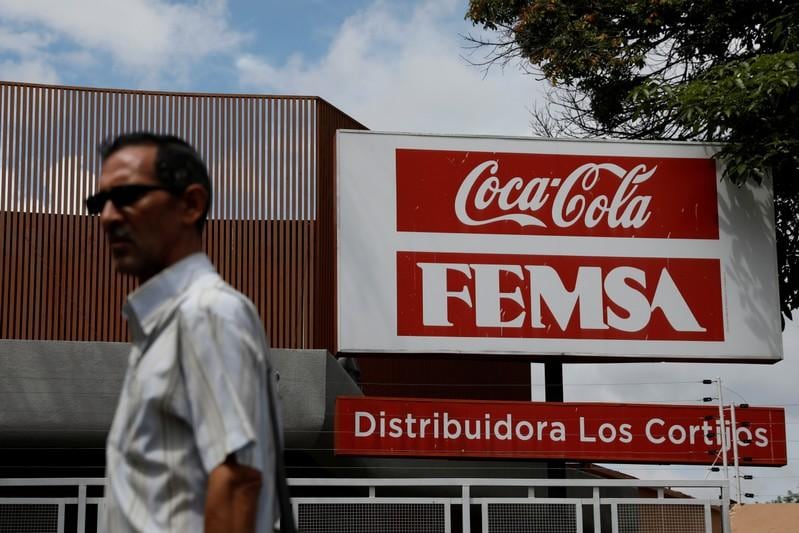 VALENCIA, Venezuela (Reuters) - Coca Cola Femsa is preparing to lay off 2,000 of the 4,800 total workers at its Venezuela soft drink operations due to falling demand in the crisis-stricken country, a union leader said, while the company acknowledged it was "revising" output.

The move makes Femsa, one of the largest soft drink bottlers in the world, the latest multinational to downsize in the OPEC country, where a fifth year of recession and hyperinflation topping 400,000 percent annually have dented consumer demand and prompted nearly 2 million Venezuelans to migrate since 2015.

"The company has said that it needs to reduce headcount and suspend some benefits," said Daniel Montilla, secretary of the union representing workers at the Femsa plant in the industrial city of Valencia, where Femsa plans to lay off 300 workers.

In response to questions from Reuters, Femsa said it was evaluating changes to its Venezuela operations, without directly answering questions about planned layoffs.

"We are revising our production to make sure it is adequate for the current market," said Femsa Corporate Affairs Director Jose Ramon Martinez, adding that the company "maintains our commitment to continuing our operations in the country."

Venezuela's labor ministry did not immediately respond to a request for comment.

The Mexican-listed bottler of Coca-Cola Co across Latin America has four bottling plants and 26 distribution centers in the Andean country. Two years ago, it briefly halted output of Coca Cola products for lack of sugar.

The socialist country is plagued by frequent shortages of basic goods and companies often struggle to import needed inputs due to a complex web of price controls and foreign exchange restrictions.

Last week, U.S. consumer goods maker Colgate-Palmolive Co halted output at a detergent and dish soap plant in Venezuela due to a lack of boxes to ship products after its cardboard supplier, Ireland's Smurfit Kappa, stopped operations in the country.