ATLANTA (Reuters) - Federal Reserve Chairman Jerome Powell on Monday dismissed comparisons between the rise of business debt to record levels in recent years and the conditions in U.S. mortgage markets that preceded the 2007-to-2009 economic crisis, but even so said caution was warranted 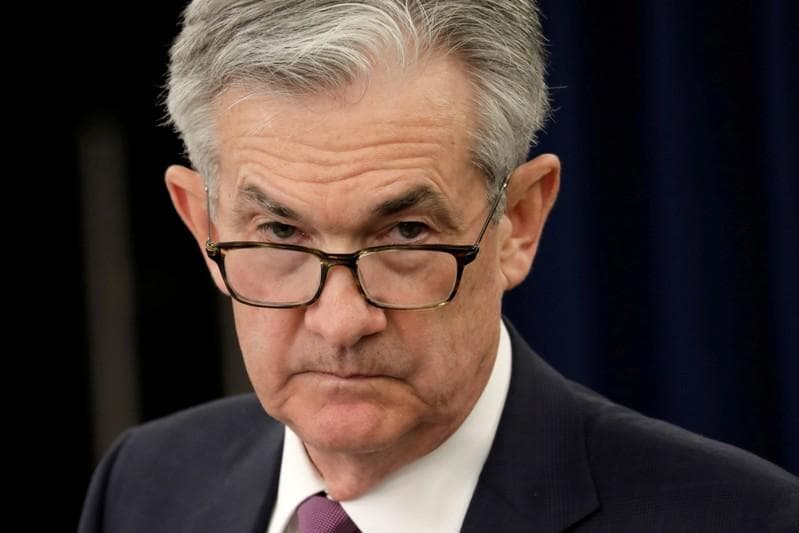 ATLANTA (Reuters) - Federal Reserve Chairman Jerome Powell on Monday dismissed comparisons between the rise of business debt to record levels in recent years and the conditions in U.S. mortgage markets that preceded the 2007-to-2009 economic crisis, but even so said caution was warranted.

Comparisons to the years before the financial crisis are "not fully convincing" Powell said at an Atlanta Federal Reserve bank conference on financial markets, since the growth of debt seems in line with economic growth, debt service costs remain low, and the financial system is better positioned to absorb losses.

Despite that, he pointed to the lack of transparency about the funding sources and ultimate holders of corporate debt, and to risks that any economic downturn could worsen if indebted borrowers begin to fail as reasons for caution.

"Business debt has clearly reached a level that should give businesses and investors reason to pause and reflect," Powell said, with corporate borrowing at a record level of around 35 percent of corporate assets.

That concern is another reason the Fed may be reluctant to cut interest rates, since lower borrowing costs could prompt firms to take on more debt.

High levels of corporate debt, along with the pace of lending to the riskiest borrowers, have emerged in recent months as the Fed's chief financial stability concern.

It is something that the central bank has at once tried to flag as troubling if an economic downturn causes the most indebted borrowers to fail. Yet it has also tried to keep the risks in context. Powell said he does not see business debt as the same sort of systemic threat that the subprime mortgage market proved to be.

"As of now business debt does not present the kind of elevated risks to the stability of the financial system that would lead to broad harm," he said.

Nevertheless, comparisons with the mortgage market have been inevitable, driven by the popularity of collateralised loan obligations that pool corporate loans into securities.

While conceptually similar to the collateralised debt obligations that spread bad mortgages throughout the financial system, Powell said CLOs "are much sounder than the structures that were in use during the mortgage credit bubble."

In addition, the fact that only $90 billion of the roughly $700 billion CLO market is held by large commercial banks is "good news," with less risk to the companies at the core of the financial system.

Still, that means "much of the borrowing is financed opaquely, outside the banking system," Powell said. "Regulators, investors and market participants around the world would benefit greatly from more information on who is bearing the ultimate risk."