By Noel Randewich (Reuters) - Wall Street sank on Wednesday as Federal Reserve policymakers gave mixed signals about their next move after cutting interest rates by a quarter of a percentage point in a widely expected move. With continued economic growth and strong hiring 'the most likely outcomes,' the Fed nevertheless cited 'uncertainties' about the outlook and pledged to 'act as appropriate' to sustain the expansion 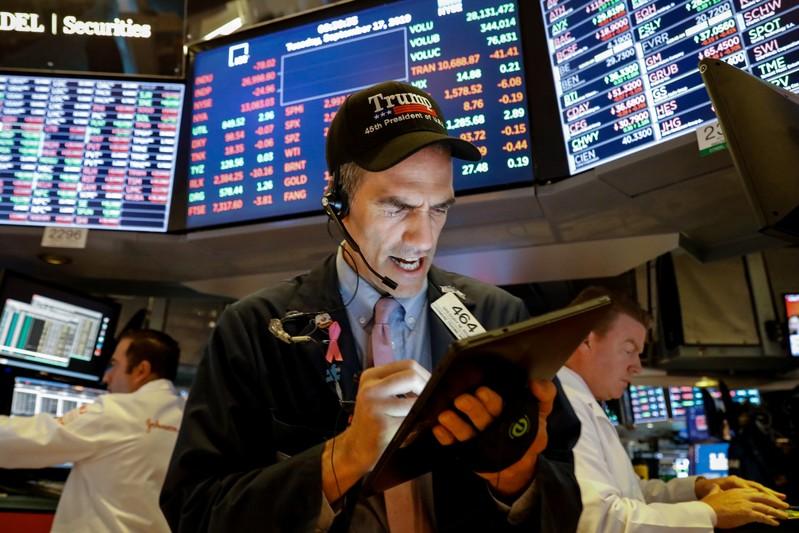 (Reuters) - Wall Street sank on Wednesday as Federal Reserve policymakers gave mixed signals about their next move after cutting interest rates by a quarter of a percentage point in a widely expected move.

New projections showed policymakers at the median expected rates to stay within the new range through 2020, bad news for investors hoping for additional cuts to help blunt global economic fallout from the U.S.-China trade war.

"The main concern (for stock investors) is there might not be another cut, and that's why you had a little bit of a sell-off," said Alan Lancz, President of Alan B. Lancz and Associates in Toledo, Ohio. "But it's almost like selling on good news. They left the door open for more cuts. It's a really divided Fed right now."

Expectations of lower rates have supported Wall Street's rally this year, with the benchmark S&P 500 <.SPX> up 19% year to date and less than 2% below its record high close in July.

Ten of the 11 major S&P sectors were in the red, with the S&P utilities index <.SPLRCU> up 0.3% and alone among gainers. The S&P industrial index <.SPLRCI> fell 1%, leading decliners.

Declining issues outnumbered advancing ones on the NYSE by a 1.98-to-1 ratio; on Nasdaq, a 2.19-to-1 ratio favoured decliners.