By Howard Schneider and Trevor Hunnicutt WASHINGTON (Reuters) - The Federal Reserve held interest rates steady on Wednesday and its policymakers abandoned projections for further rate hikes this year as the U.S. central bank flagged an expected slowdown in the economy 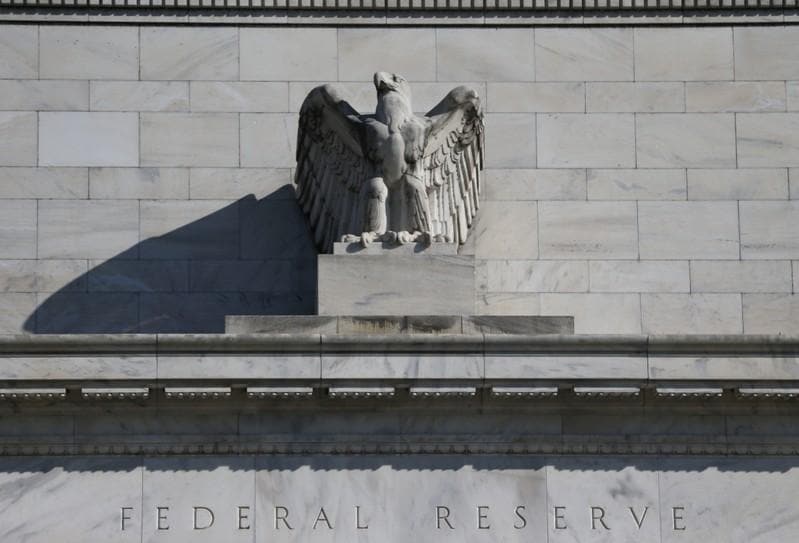 By Howard Schneider and Trevor Hunnicutt

WASHINGTON (Reuters) - The Federal Reserve held interest rates steady on Wednesday and its policymakers abandoned projections for further rate hikes this year as the U.S. central bank flagged an expected slowdown in the economy.

In a major shift in its perspective, the Fed also now expects to raise borrowing costs only once more through 2021, and no longer anticipates the need to guard against inflation with restrictive monetary policy.

After a two-day policy meeting that sealed the switch to a less aggressive posture, the Fed also said it would slow the monthly reduction of its holdings of Treasury bonds from up to $30 billion to up to $15 billion beginning in May.

It said it would end its balance sheet runoff in September provided the economy and money market conditions evolved as expected. Redemptions of mortgage-backed securities would at that point be reinvested in Treasuries up to as much as $20 billion per month, moving the Fed generally towards a Treasuries-only approach to its assets.

The combined announcements mean that, after tightening monetary policy with two levers at once over the past year, the Fed is now pausing on both fronts to adjust to weaker global growth and a somewhat weaker outlook for the U.S. economy.

"The Fed exceeded markets' dovish expectations, which took a toll on the greenback," said Joe Manimbo, senior market analyst at Western Union Business Solutions in Washington. "The Fed did a big about-face on policy. The fact that the Fed threw in the towel on a 2019 rate hike was particularly dovish."

Updated quarterly economic projections released by the Fed showed weakening on all fronts compared to the forecasts from December, with unemployment expected to be slightly higher this year, inflation edging down, and economic growth lower as well.

"Growth of economic activity has slowed from its solid rate in the fourth quarter," the Fed said in a policy statement that kept its benchmark overnight lending rate, or federal funds rate, in a range of 2.25 percent to 2.50 percent.

Nonetheless, the committee said it viewed "sustained" growth as the most likely outcome.

Fed policymakers project gross domestic product growth to slow to 2.1 percent this year from the previous forecast of 2.3 percent, while the unemployment rate is forecast at 3.7 percent, slightly higher than the December projection.

Inflation for the year is now seen at 1.8 percent, compared to the Fed's forecast in December of 1.9 percent.

For a graphic on Federal Reserve bond holdings since the financial crisis, see - https://tmsnrt.rs/2HDf8BV

The new projections amounted to a wholesale downgrade of the Fed's outlook, with at least nine of its 17 policymakers lowering their expected rate path and collectively shaving a full half of a percentage point off the expected fed funds rate at the end of this year.

The move put the Fed in synch with financial markets' current expectations that the tightening cycle was all but finished. Some investors expect the next move to be a rate cut.

As it stands, the Fed, which raised rates seven times over the 2017-2018 period, is approaching a stopping point of 2.6 percent for its fed funds rate, which would leave it well below historic norms.

Fed Chairman Jerome Powell is scheduled to hold a press conference at 2:30 p.m. EDT (1830 GMT) to discuss the policy statement.

It will be Powell's first press conference since an ill-fated Fed meeting in December, when policymakers indicated amid a global slowdown and selloff in equities markets that they would raise rates perhaps two more times in 2019.

That stance left investors fretting that the Fed seemed determined to keep tightening policy regardless of a weakening economic outlook, an issue addressed with the lower economic forecasts.

The central bank also fixed a second problem hanging over it from December, when Powell roiled markets by saying the reduction of the balance sheet was on "auto pilot."