By Howard Schneider, Jonnelle Marte and Ann Saphir WASHINGTON (Reuters) -The Federal Reserve was nearly unanimous in its decision last month to leave its bond-buying program unchanged, but left a wide berth for officials to decide in the future if and when changes should be made, according to minutes of the U.S. central bank's December policy meeting 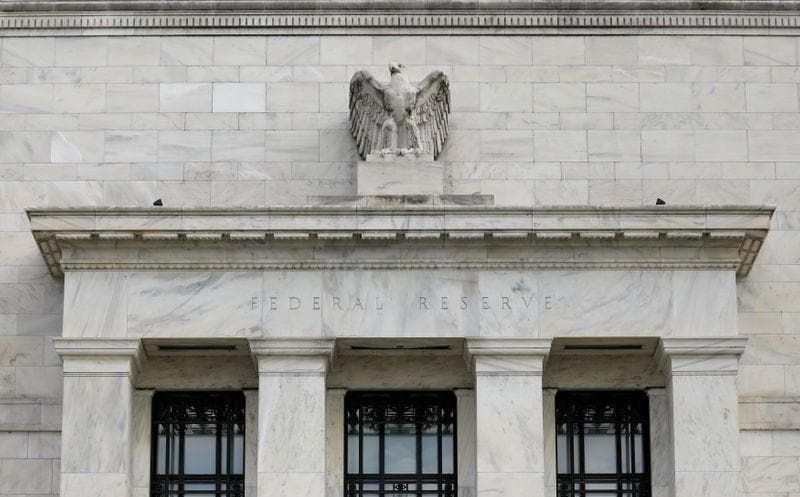 WASHINGTON (Reuters) -The Federal Reserve was nearly unanimous in its decision last month to leave its bond-buying program unchanged, but left a wide berth for officials to decide in the future if and when changes should be made, according to minutes of the U.S. central bank's December policy meeting.

"All participants" agreed the Fed should commit to leaving the program in place until there was "substantial further progress" towards its economic goals, and "nearly all" favored keeping the current mix of assets purchased intact rather than focusing, for example, on longer-term Treasury bonds as some analysts had advocated, said the minutes, which were released on Wednesday.

But in terms of how to judge when "substantial further progress" had been achieved, "participants commented that this judgment would be broad, qualitative, and not based on specific numerical criteria or thresholds."

That description could offer Fed policymakers wide latitude to change the bond-buying program in coming months in response to what could be a very uncertain environment.

As the minutes were released, a joint session of Congress meant to provide the final certification of President-elect Joe Biden's victory in the Nov. 3 election was interrupted when swarms of protestors angry over President Donald Trump's defeat stormed the U.S. Capitol.

The disruption of the typically peaceful transfer of power occurred a day after voters in Georgia appeared to deal the Republican president and his party a second stinging defeat, with one Democrat winning a run-off election for a U.S. Senate seat and another ahead in a second Senate run-off.

Those results put the Democrats, who already have a majority in the U.S. House of Representatives, on the cusp of winning effective control of the Senate, a scenario that could open the door to a massive new economic program that the Fed would need to account for in its outlook.

Congress last month passed a nearly $900 billion relief package to help further stem the economic fallout from the coronavirus pandemic. Biden and his fellow Democrats are expected to try to push another aid package through Congress.

Distribution of a coronavirus vaccine, Fed officials said in the minutes, was also an "upside risk."

The one requirement Fed policymakers did agree on was the need to flag the central bank's views about the economy's progress "well in advance" of the moment when changes in the $120 billion in monthly bond purchases might be warranted.

Indeed, the minutes of the Fed's Dec. 15-16 meeting showed that even as the country remained mired in a pandemic and recession, officials were already discussing the process for tailoring some of the economic support rolled out last year when the virus began to spread.

Along with giving the public ample advance notice of any changes, "a number of participants" said the Fed could "generally follow a sequence" similar to what was used in 2013 and 2014 when it began to gradually taper the monthly bond purchases it had put in place to fight the last recession.

BlackRock analyst Bob Miller said the Fed could provide "greater clarity" on its asset-buying relatively soon, "after the new Administration takes office" and Janet Yellen, the former Fed chief tapped to head the Treasury Department, provides her first round of guidance on debt issuance to fund Biden's plans.

The decision by the Fed last month to leave its monthly bond purchases unchanged dismayed analysts and investors who thought the central bank should have expanded the program to better support the economy through the coronavirus pandemic.

But the minutes elaborated on the rationale, noting that risks to the economy had become more evenly balanced with the approval of the coronavirus vaccinations and uncertainty around key issues like the amount of government spending that might be approved in response to the pandemic.

Though the pandemic was still causing "tremendous human and economic hardship," the Fed's interest rate cuts and bond-buying have kept financial conditions adequately loose to support the recovery.

How that changes in coming months will likely hinge on how successful the country is in delivering coronavirus vaccinations to Americans.

"The faster we get that under control the more robust this recovery is going to look," Atlanta Fed President Raphael Bostic said in an interview with Reuters this week. "We just have to ride out this time, continue to follow public health recommendations and try to minimize the spread," while the vaccine is distributed.

Bostic said he thought it possible that by late spring or summer, businesses that have been kept off line and people that have been kept inside because of the pandemic may resume "more normal types of interaction ... the middle part of the year will be quite strong."

That, in turn, could allow the Fed to begin at least discussing how and when to pull back on its bond purchases.