Fed on hold, but will financial risks matter? 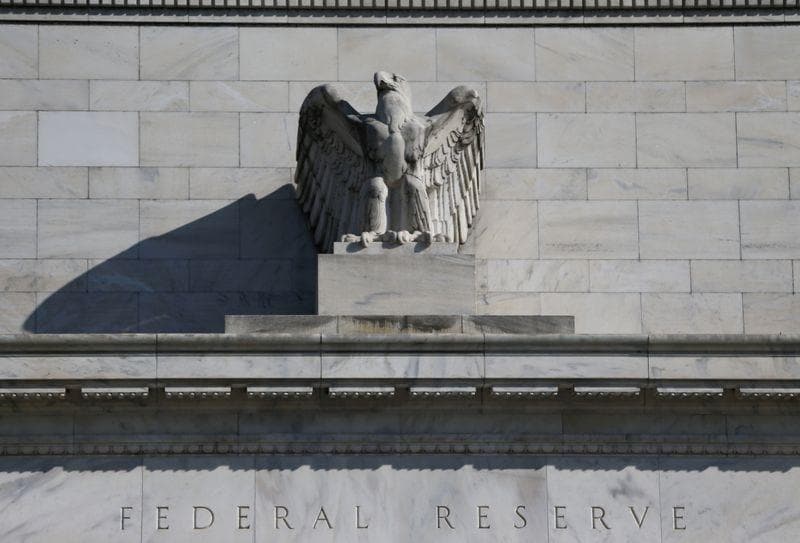 By Howard Schneider and Jonnelle Marte

(Reuters) - U.S. Federal Reserve officials may be in broad agreement that interest rates are unlikely to change soon, but they differed Monday on how concerned they are about developing financial risks in assessing when a rate hike might be appropriate.

Atlanta Federal Reserve bank president Raphael Bostic said that for him there is a "high bar" for any rate increase until inflation moves convincingly to the Fed's 2% target, and that evidence of excessive borrowing or financial instability in the economy would have to be "systemic" for him to think otherwise.

"It is going to be a pretty high bar for us to make policy more contractionary," Bostic said in remarks to the Rotary Club of Atlanta. "We are going to want to let the economy run and run hot enough to where inflation starts to move and gets us to a place where we are comfortable that level is not a threat to expectations.”

Expectations among businesses and households that inflation will fall is considered a precursor to weak prices and slow growth of the sort that has beset Japan.

After roughly eight years in which the pace of price increases has been below the central bank's 2% target, Fed officials say they take seriously the risk that they could lose public confidence.

However Boston Federal Reserve bank President Eric Rosengren argued Monday that the central bank needs to stay on guard both to an inflation surprise and to the possibility that continued cheap borrowing costs could overinflate asset values, particularly in real estate, and set the stage for a collapse.

Rosengren last year dissented against the Fed's three rate cuts. He noted Monday that even if inflation seems currently weak, the Fed has little experience analysing the economy when unemployment and interest rates are both abnormally low.

"Central bankers do not have much historical experience with extended periods where interest rates are running below the estimated equilibrium level while unemployment rates are, simultaneously, historically low," Rosengren said in a speech in Hartford, Connecticut. "So we want to be alert to any potential risks emerging."

Neither Rosengren nor Bostic have a vote on monetary policy this year.

Deciding how to analyse financial risks and how much weight to put on them will be a key point of debate in coming months at the central bank.

At a recent economics conference, former Fed Chair Janet Yellen called for the Fed to develop alternate tools to address financial stability concerns so that interest rate decisions could be based on the behaviour of unemployment and inflation - the Fed's two congressionally mandated responsibilities. In the current environment that would likely mean leaving rates low in order to encourage businesses and households to spend, and thus support continued job growth.

After cutting rates three times last year, Fed officials say they are indeed unlikely to raise or lower borrowing costs again unless there is a significant change in the direction of the economy. While that is the consensus view, there are those, like Rosengren, who argue that higher rates might be appropriate to guard against a worse outcome down the road by preventing risky borrowing.

Bostic said he agrees that is a concern. But in conversation with bankers and investors in his district, he says any trouble spots still seem isolated.

"What I ask every day: Are you seeing concentrations of risk taking? Is there something going on I need to be worried about?" he said. "Almost all say it is, like, one neighbourhood in one city but nothing that seems to be bleeding across."

(Reporting by Howard Schneider in Atlanta and Jonnelle Marte in Hartford, Connecticut; Editing by Andrea Ricci)