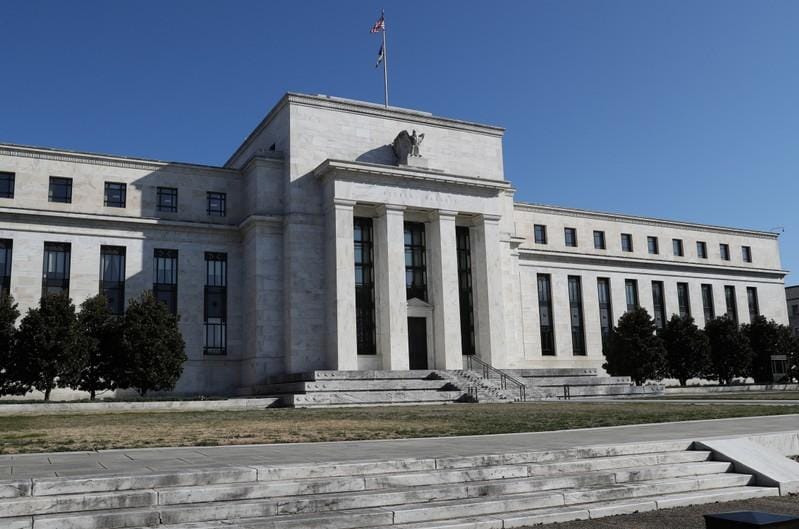 By Richard Leong and Ann Saphir

Turmoil this week in funding markets briefly pushed the overnight bank-to-bank lending rates above the U.S. central bank's target range, increasing pressure on the Fed to expand its balance sheet and provide banks with additional liquidity.

In addition to cutting its benchmark overnight lending rate by a quarter of a percentage point to a range of 1.75%-2.00%, the Fed lowered the interest it pays on excess bank reserves (IOER) by 30 basis points, to 1.80%. The rate now sits 20 basis points below the top of the target range, compared to 15 basis points previously.

The Fed also set its offering rate for any necessary operations in the $2.2 trillion repurchase agreement, or repo, market, at 1.70%, five basis points below the bottom of the new target range for the policy rate. But it stopped short of expanding its portfolio of bond holdings, a subtle form of quantitative easing.

“Despite strains in money markets that have forced Fed intervention this week, there is no indication of any imminent return to quantitative easing and balance sheet expansion,” said Greg McBride, Bankrate.com’s chief financial analyst.

While the Fed's statement made no reference to using the Fed's bond portfolio to help stem the decline in bank reserves, Fed Chair Jerome Powell did say during his post-meeting press conference that the committee might return to "organic growth" in the size of its balance sheet sooner than it had previously expected.

The IOER and the repo rate function as guardrails for the Fed's policy rate, and the adjustments were aimed at giving the central bank tighter control over the underlying policy interest rate it uses to influence financial conditions in the United States and globally.

The changes followed a liquidity squeeze in short-term funding markets that led to an inadvertent tightening of financial conditions this week, with overnight bank-to-bank lending rates on Tuesday breaching the Fed's target range for the first time since the financial crisis more than a decade ago.

The New York Fed responded with emergency injections of more than $50 billion on Tuesday and $75 billion on Wednesday to prevent borrowing costs from spiralling even higher.

Analysts blamed this week's spike in rates on short-lived strain tied to tax bills and the settlement of U.S. Treasury notes and bills purchases.

But they also pointed to a decline in the level of reserves that banks park with the Fed, thanks to the central bank's gradual slimming of its own vast portfolio of bonds over the past few years.