By Ann Saphir SAN FRANCISCO (Reuters) - Federal Reserve Chairman Jerome Powell has a new message for financial markets: watch the data on jobs, wages and inflation for signals on monetary policy - not the U.S. 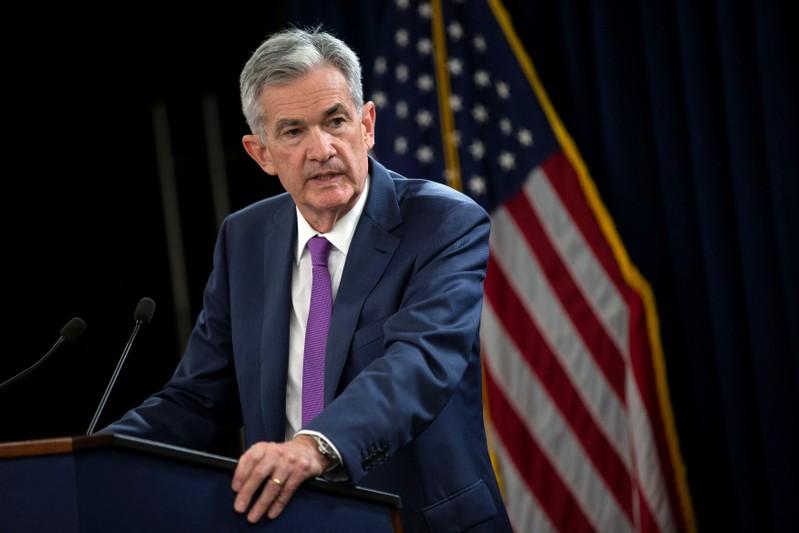 SAN FRANCISCO (Reuters) - Federal Reserve Chairman Jerome Powell has a new message for financial markets: watch the data on jobs, wages and inflation for signals on monetary policy - not the U.S. central bank's words or forecasts.

That's a big change for the Fed, which for most of the past decade has done what it could to steer markets on its policy intentions as it nursed a fragile economy to recovery after the financial crisis.

As part of that so-called forward guidance, the Fed for years described its policy stance as "accommodative" to assure markets that it would not strangle economic growth.

But on Wednesday, the Fed removed that phrase from its policy statement.

Some investors read the change as a sign the central bank was nearing an end to the interest rate hike cycle it began in December 2015; JP Morgan chief U.S. economist Michael Feroli called that a "stretch."

Noting the U.S. economy is having a "particularly bright moment," with unemployment expected to remain low, inflation stable, and no recession in sight, Powell said in a press conference on Wednesday that the removal of the "accommodative" wording was not a policy signal at all.

"The question we are answering is, how do we provide the economy just the right amount of support - not too much, not too little - to sustain the recovery and achieve our statutory goals" of full employment and 2 percent inflation, Powell said.

"We don't want to suggest either that we have this precise understanding of where accommodative stops or suggest that's a really important point in our thinking. What we're going to be doing ... is carefully monitoring incoming data."

The Fed on Wednesday announced a widely expected rate increase, its third of the year, bringing its target range for its benchmark overnight lending rate to between 2 percent and 2.25 percent.

But Powell, in effect, said not to put too much store in those forecasts because they could change with incoming data.

He noted that he is unsure when the rate increases he and his colleagues expect to deliver in the next year or two will start to bite into economic growth, or whether the economy's underlying momentum has sped up enough to offset any such drag.

As the Fed raises rates, it will look for signals from the economy, like a slowdown in the labour market or economy, a spike in wages or inflation, or a sudden tightening of financial conditions, to cue an end to its tightening cycle, Powell said.

David Papell, an economics professor at the University of Houston, summed up the Powell-led Fed's approach this way: "Let's wait and see."