Factbox - The Suez Canal: a vital oil transit route with an ancient history

LONDON (Reuters) - The Suez Canal, blocked by a giant container ship that ran aground on Tuesday, is the quickest sea route between Asia and Europe and about 15% of global shipping traffic moves through it. The 193-km (120-mile) waterway, run by the state-owned Suez Canal Authority, is a vital source of foreign currency for Egypt. 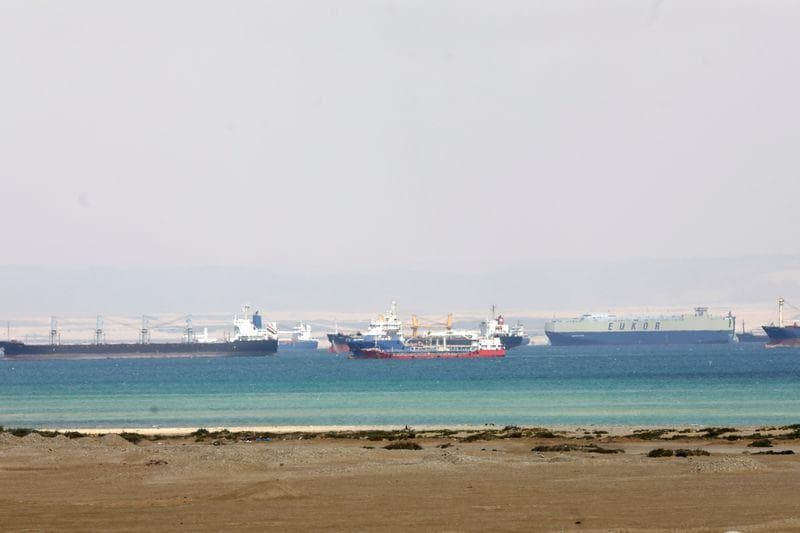 LONDON (Reuters) - The Suez Canal, blocked by a giant container ship that ran aground on Tuesday, is the quickest sea route between Asia and Europe and about 15% of global shipping traffic moves through it.

The 193-km (120-mile) waterway, run by the state-owned Suez Canal Authority, is a vital source of foreign currency for Egypt.

HOW MUCH OIL GOES THROUGH THE CANAL?

Of the 39.2 million barrels per day (bpd) of crude oil imported by seaborne methods in 2020, 1.74 million bpd went through the Suez Canal, according to data intelligence firm Kpler.

Crude oil and refined fuels flow in both directions.

Between December and February, 3.6 million bpd of oil moved through the canal, of which 1.5 million bpd was crude, according to the International Energy Administration.

More crude flows eastwards. About 1.1 million bpd went east during this period, accounting for about 4.5% of Asia's seaborne imports. About 400,000 bpd went west, mainly to Europe, the IEA said.

WHAT ABOUT REFINED PRODUCTS?

Just under 9% or 1.54 million bpd of global refined product imports flowed through the Suez Canal last year, according to Kpler. Plastics feedstock naphtha makes up a large portion of refined product flows in the canal.

ARE THERE PIPELINES PARALLEL TO THE CANAL?

The 320-km (200-mile) Sumed pipeline connecting the Gulf of Suez with the Mediterranean transports 80% of the oil shipped from the Middle East Gulf to Europe, according to the Sumed website.

The pipeline has a capacity of about 2.8 million bpd but utilisation is often well below capacity. About 1.3 million bpd flowed through the system in 2018, according to the U.S. Energy Information Administration.

The other option is to sail around Africa, which can add two weeks and additional fuel costs to a voyage.

The canal was used for 6-8%, or 22 million tonnes, of global LNG trade in 2020, according to the IEA. About 25% of Middle East LNG exports transited the waterway to deliver gas mainly for European buyers.

The first canal dug to connect the Red Sea to the Mediterranean dates back to the reign of Senausret III, Pharaoh of Egypt (1887-1849 BCE). A modern artificial waterway was completed in 1869.

Egypt nationalised the canal in 1956, prompting an invasion by shareholders Britain and France along with Israel. The Suez Crisis ended after Egypt sank 40 ships in the canal and the United States, Soviet Union and United Nations intervened, forcing Britain, France and Israel to withdraw.

The canal was badly damaged in the June 1967 Six Day War that pitted Egypt and other Arab countries against Israel. With opposing forces encamped on either side, it remained closed until after the 1973 Yom Kippur War.

Egypt regained full control of the canal after the Yom Kippur War and reopened it in June 1975.