Factbox: The nuts and bolts of Roblox

(Reuters) - Children's gaming platform Roblox is preparing to announce a U.S. stock market listing before the end of the year. Below are some facts about the company: WHAT IS IT? 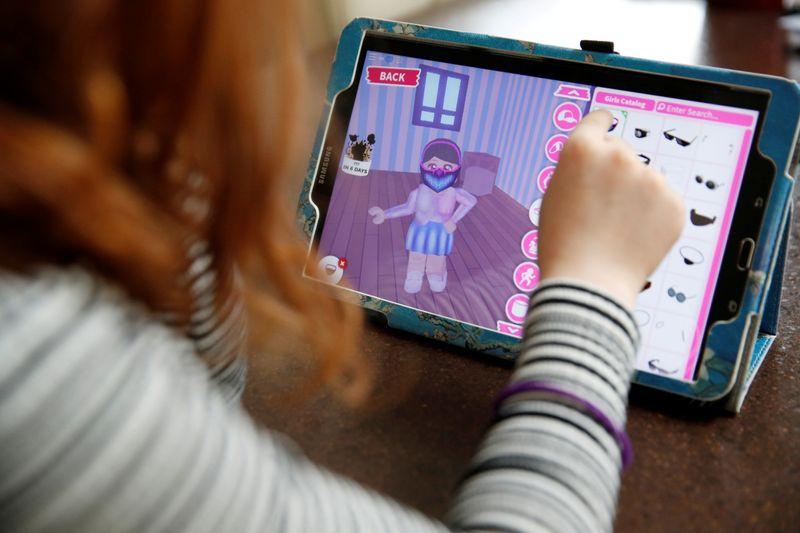 (Reuters) - Children's gaming platform Roblox is preparing to announce a U.S. stock market listing before the end of the year.

Below are some facts about the company:

Roblox is among the world's most popular gaming sites for children, with an estimated 164 million monthly active users as of August, according to industry blog RTrack.

Three-fourths of all U.S. kids between 9 and 12 years old use Roblox, an advisor to the company wrote on Nov. 5.

The platform, which is largely made up of user-generated content, offers software downloads to create games and play them online.

It does not require a minimum age to sign up for its services, unlike many other gaming and social media platforms.

Roblox aims at younger kids and, like Minecraft, Fortnite and Apex Legends, has seen a huge surge in usage from children stuck at home during the coronavirus pandemic.

Roblox says users have spent almost 37 billion hours to date on the platform since 2008.

HOW DOES IT WORK?

Roblox provides free access to the platform, earning money when players buy premium plans or "Robux," a currency they spend on outfits and other extras that enhance the experience.

Users need to download the Roblox app on their computers or mobile devices to play with the Lego-like characters, which also let them join groups and chats to interact with others.

Game developers are required to download the Roblox Studio extension to create games for the platform.

Creators can earn from their games by charging users to play and by offering in-game purchases.

WHAT ARE THE SAFEGUARDS?

For its stock market listing, Roblox is weighing a traditional IPO or a direct listing, sources have told Reuters.

HOW IS IT REGULATED?

Like most online platforms, Roblox is subject to little in the way of U.S. regulation. Limited exceptions would include fraud against users by the company and misuse of data about users under 13.