(Reuters) - Flybe is the latest European airline fighting for survival following a string of collapses over the past few years that have left thousands of passengers stranded in airports and had a knock-on effect on related industries such as hospitality. Here is a summary of European airlines that have gone bankrupt since 2017 (in chronological order): AIR BERLIN Germany's second-largest airline filed for bankruptcy on Aug 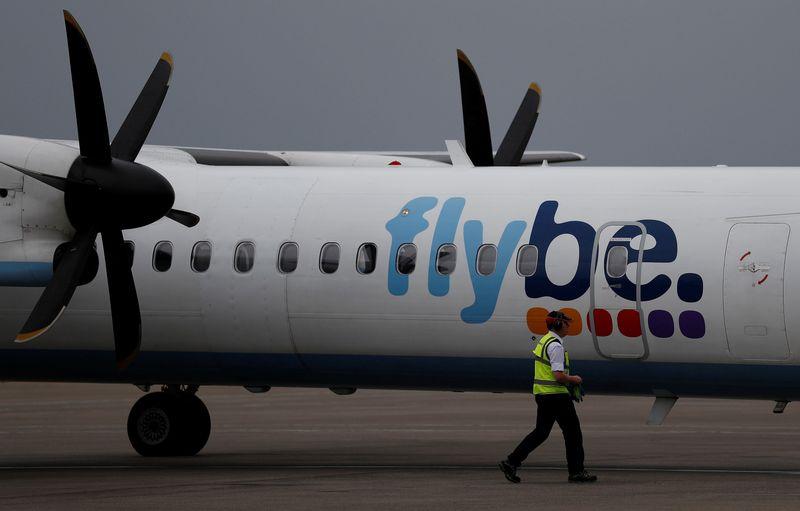 (Reuters) - Flybe is the latest European airline fighting for survival following a string of collapses over the past few years that have left thousands of passengers stranded in airports and had a knock-on effect on related industries such as hospitality.

Here is a summary of European airlines that have gone bankrupt since 2017 (in chronological order):

The German government granted a bridging loan of 150 million euros ($163.3 million) to allow Air Berlin to keep its planes in the air for three months and secure the jobs of its 7,200 workers in Germany.

In October, Lufthansa agreed to buy parts of the insolvent company.

Hurt partly by a weakened pound, its finances deteriorated in 2016 after security concerns deterred travel to Tunisia, Turkey and Egypt and brought increased capacity on routes to Iberia.

The company, based at Luton Airport north of London, had been in business since 1968.

Germany's Germania declared bankruptcy on Feb. 4, 2019, after it failed to secure financing to navigate a short-term cash squeeze.

Founded in Berlin in 1986, it mainly flew German tourists to more than 60 destinations in Europe, North Africa and the Middle East.

The UK regional airline ceased operation on Feb. 16, 2019, blaming Brexit uncertainty as one of the reason for its collapse.

It said its prospects had "been seriously affected by the uncertainty created by the Brexit process, which has led to our inability to secure valuable flying contracts in Europe and a lack of confidence around bmi's ability to continue flying between destinations in Europe."

WOW controlled a quarter of the fast-growing low-cost, long-haul transatlantic market in 2018. The airline's collapse negatively affected Iceland's economy, which was largely dependent on tourism.

The world’s oldest travel company, Thomas Cook, collapsed on Sept. 23, 2019, sparking the largest peacetime repatriation effort in British history, with about 600,000 people including 150,000 Britons abroad at the time of the collapse.

The company, which failed to secure a deal with creditors or a government bailout, ran hotels, resorts and airlines for 19 million people a year.

Slovenian airline Adria Airways filed for bankruptcy and cancelled all flights on Sept. 30, 2019, after grounding most of its flights in the previous week.

Government officials have said European Union rules on state aid prevented the government helping Adria. They added it would also not have helped the company under its current ownership, which they called "irresponsible".

French airline XL Airways was ordered on Oct. 4, 2019, to go into liquidation after a last-minute rescue bid was rejected by a French court.

British Prime Minister Boris Johnson said on Jan. 14 the government would do what it could to help struggling regional airline Flybe because of its importance for transport links.

The government could cut air passenger taxes on all domestic flights to help the airline following media reports that it urgently needed new funds to survive through the winter when demand for travel dips.