By Munsif Vengattil and Paresh Dave SAN FRANCISCO (Reuters) - Facebook Inc on Tuesday beat profit estimates but missed targets for growing monthly users and reported its slowest revenue growth in about six years in a quarter some investors feared would be hit harder by defections from the social media site. Facebook is keeping costs in check better than some investors anticipated but is facing challenges growing users, causing shares to swing in both directions after the third-quarter results 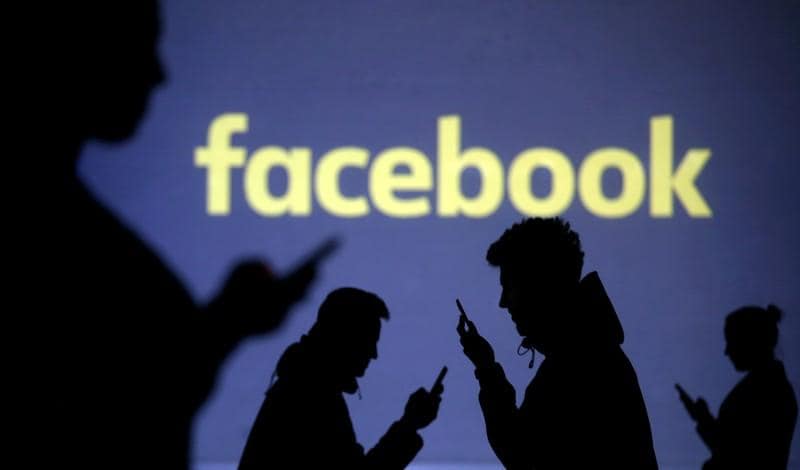 Facebook is keeping costs in check better than some investors anticipated but is facing challenges growing users, causing shares to swing in both directions after the third-quarter results.

Slowing growth after years of strong results has been a top concern, and Facebook's weak results underscored some of those fears.

Still, the company had warned about sagging profit and revenue growth. Facebook's spending has ballooned as it tries to fortify itself against fraudsters and hackers, and as it invests in more engaging content such as video.

"It was a pretty good quarter and everybody was expecting a disaster," said Ivan Feinseth, analyst at Tigress Financial Partners.

James Cordwell, analyst at Atlantic Equities, described the results as "likely something of a relief to the market."

Total expenses in the third quarter surged to $7.95 billion, up 53 percent compared with a year ago. But operating margin fell only 2 percentage points from last quarter, to 42 percent.

Facebook's revenue was in line with expectations, when accounting for what the company said were unfavourable foreign exchange rates.

Overall third-quarter revenue was $13.73 billion, up 33 percent from the same period last year and below the $13.78 billion average analyst estimate in Refinitiv data.

As Facebook user growth has tapered off, its ad sales had continued to surge as it found ways to better target ads to draw clicks and views. Emerging businesses Instagram and WhatsApp are seen as hopes for picking up the slack from flattening usage of the main Facebook app.

The social network's reputation has suffered from a data breach affecting 29 million users in September and a privacy scandal involving a British political consulting firm in March.

It also has been rocked by domestic and international information warfare on its services, including WhatsApp and Instagram, and a wave of executive departures.

Still, the company has managed to gain some users. The company said 2.6 billion users interact with at least one of its apps each month, up from 2.5 billion when it released the figure for the first time last quarter to emphasise that its potential audience for advertisers is unrivalled in size.

Monthly and daily users of the main Facebook app compared with last quarter were up 10 percent to 2.27 billion and up 9 percent to 1.49 billion, respectively. Estimates were for 2.292 billion and 1.508 billion, according to Refinitiv averages.

The company said the third-quarter figures would have been slightly higher except it changed the measurement method because it found some user activity had been misclassified. Changes to past quarters were immaterial, Facebook said.

A few financial analysts are concerned that the company's operational problems are so vast that costs will continue to rise out of sync with revenue.

The company's weakest quarterly sales growth as a publicly traded company, 32.2 percent, came in each of its first two reporting quarters in 2012.

"The fact that problems keep emerging reinforces our view that the company is not as in control of its business as it needs to be," Pivotal Research senior analyst Brian Wieser told clients in an email this month.

It continues to trade at a discount to peers. Shares of No. 1 online ad seller Alphabet Inc, for instance, are priced at 22.4 times expected earnings over the next 12 months, compared to 17.6 times for Facebook.

(Reporting by Munsif Vengattil in Bengaluru and Paresh Dave in San Francisco; Editing by Anil D'Silva and Lisa Shumaker)