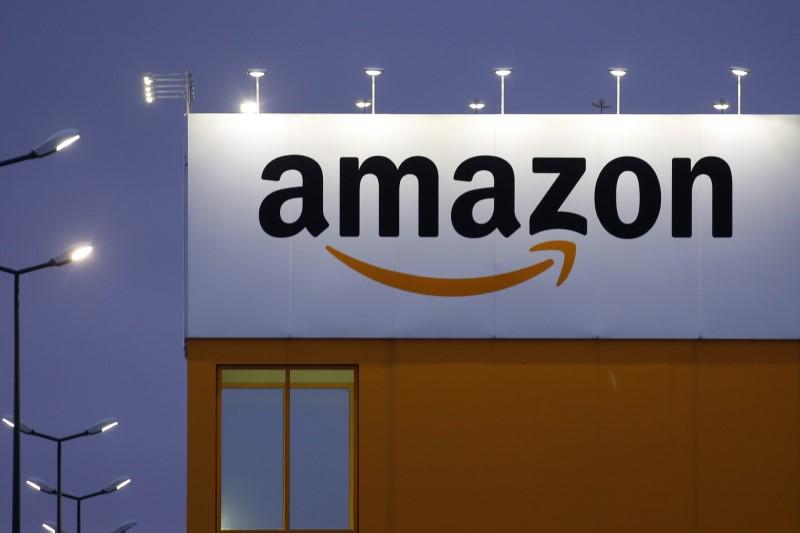 Facebook on Wednesday warned about a margin hit as revenue growth slows and user privacy costs climb, and its 20 percent share drop heightened focus on the online retailer, already a closely watched stock.

The Nasdaq was down nearly 1 percent at midday, even while the Dow Jones Industrial Average traded up 0.5 percent.

Amazon shares fell nearly 3 percent to $1,811.66, while shares of Netflix, Alphabet and Apple were flat.

"Those investors who were tempted to hold Amazon through earnings saw Facebook and decided to sell," said Jack Ablin, chief investment officer at Cresset Wealth Advisors in Chicago.

"This is a move to take some risk off the table," Ablin said.

Weekly options on Amazon implied a 5.5 percent swing in either direction by Friday, up about 1 percentage point from what they implied on Wednesday just before Facebook posted results, according to data from options analytics firm Trade Alert.

"That is opposite to what normally happens," said Fred Ruffy, analyst at New York-based Trade Alert. "Volatility perceptions have increased after Facebook."

All things being equal, the value of options decline over time, meaning that as the days pass there is a tendency for the move implied by the options price to shrink.

The implied move for Amazon is now bigger than its 4 percent average move the day after results over the last eight quarters.

On Thursday, for the first time in more than two months, traders in Amazon options displayed a preference for puts over calls.

The strong demand for protection was also evident in the sharp rise in the price of puts.

The cost of a put contract that would protect against a drop in Amazon shares below $1,830 by the end of trading on Friday jumped about 80 percent to $50.72, according to Thomson Reuters data.