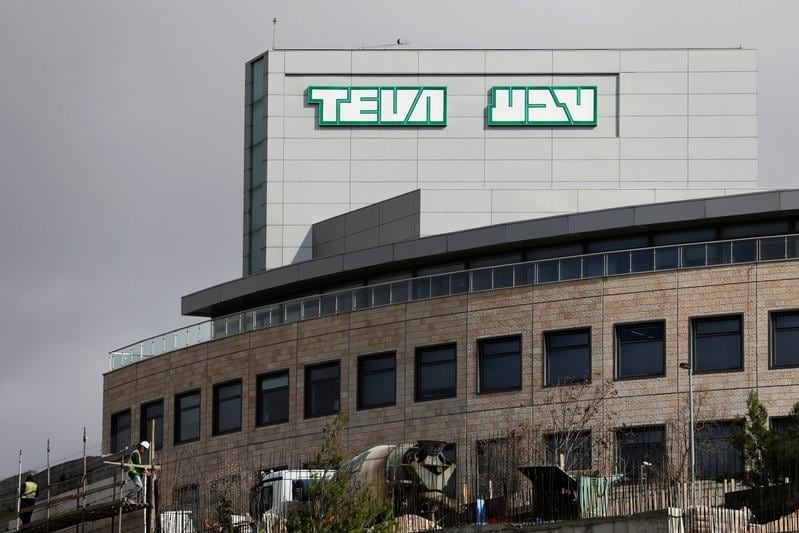 The decision represents a setback for Israel-based Teva , which is in the midst of a corporate restructuring and had hoped to capture a sizable share of the multibillion-dollar migraine market. Express Scripts is also taking steps to limit use of the Amgen and Lilly migraine drugs to patients it says are most likely to benefit from them.

Pharmacy benefits managers (PBMs) are taking more aggressive action to lower the cost of prescription drugs for their clients, large employers who pay for health benefits for their workers.

The new migraine treatments were approved for the U.S. market within a few months of each other this year. That gave Express Scripts more leverage in demanding a discount in exchange for putting a therapy on its “formulary,” or list of covered drugs. "These products are fairly interchangeable," Harold Carter, clinical solutions director at Express Scripts, told Reuters. "It comes down to manufacturers providing the best value to be on the formulary." He acknowledged that price rebates played a role in determining coverage status, but declined to comment on the level of rebating.

In May, Amgen and marketing partner Novartis AG won U.S. approval for Aimovig, an injected drug designed to interfere with a process that helps kick off migraine headaches. Teva's Ajovy and Lilly's Emgality were approved last month.

The three drugs work in a similar manner and represent an improvement over older treatments. In clinical trials they significantly reduced migraine frequency in about half of patients.

Wei-Li Shao, vice president of neuroscience at Eli Lilly, told Reuters last month that discounts and rebates for Emgality would be negotiated with insurers and other payers.

Teva, in an emailed statement, said it was "disappointed" with Express Scripts' decision, but has programs in place to make sure patients can access Ajovy, which is seeing "strong demand" in the few weeks since its launch.

All three drugs have a list price of $575 a month, or $6,900 a year. Geoffrey Porges, biotech analyst at Leerink, told Reuters he expects the drugmakers will need to offer rebates of at least 30 percent for the new migraine class to be covered by insurance.

Express Scripts already lists Amgen's Aimovig as a preferred treatment on its largest formulary, but requires patients first try two older preventive therapies and a triptan, a family of generic drugs that treat acute migraine. Lilly's Emgality will be covered under the same terms.

Amgen, Lilly and Express Scripts will also begin next April to refund part of the drug cost if a migraine patient stops treatment within 90 days, indicating that the medication does not work for them or causes too many side effects. That refund, between 25 percent and 30 percent of the drugs' list price, would be returned to Express Scripts clients, and comes in addition to the rebates it has already negotiated.

"Everyone in the chain is taking some accountability for the cost of the drug," Carter said, adding that the refund means the manufacturers are sharing financial risk if the drugs do not work as well as claimed.

Around 39 million Americans suffer from migraine headaches, according to the Migraine Research Foundation. Worldwide migraine drug sales could reach $8.7 billion by 2026, according to analytics firm GlobalData.

But Carter estimated that only about 128,000 of the 83 million people who get their prescription drug benefits through Express Scripts will be good candidates for the migraine-prevention drugs. Under the Migraine Care Value program that will launch next April, Express Scripts will have its specially trained pharmacists, nurses and other staff assess appropriate care and access to therapies for patients.

The PBM, which is being acquired by Cigna Corp, created a similar program in 2015 that sharply limited the use of two novel, and expensive, cholesterol drugs - from Amgen and partners Regeneron Pharmaceuticals and Sanofi SA.

For the new migraine drugs "the challenges will likely be right out of the gate, seeing if patients are responding to the therapy," Carter said.

The drugmakers have already tried to pre-empt efforts to limit access to the new treatments. Amgen and Lilly are offering initial free samples directly to patients and their doctors. For patients covered by commercial insurance who are still having trouble getting reimbursed, the companies have programs to supply the drugs at no cost for up to another 12 months. All three companies also have programs that cover much of an individual’s out of pocket costs under a commercial insurance plan.

Some large health insurers, such as Anthem Inc, have similar coverage terms for Aimovig, requiring patients to document the number of headaches they suffer each month, and show that they have tried older migraine treatments first.

Others, including Blue Cross/Blue Shield plans in states like Pennsylvania and Kansas, only cover prescriptions for the new drugs from - or in consultation with - a neurologist or headache specialist, and not a primary care doctor.

Some plans have not yet determined coverage terms, meaning each prescription has to go through a lengthy review process.