Explainer: UK says it may break the law on Brexit: how so? 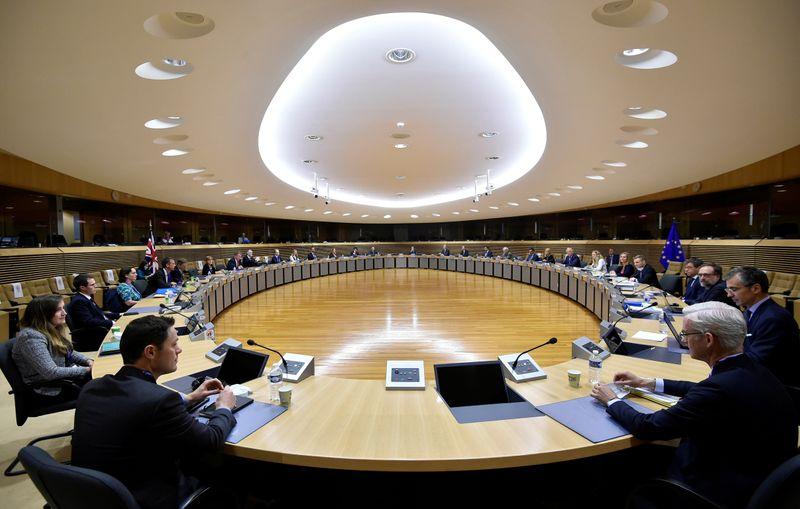 WHAT WAS SAID EXACTLY?

Asked if anything in the proposed legislation did or potentially did breach international legal obligations or arrangements, Brandon Lewis said: "Yes, this does break international law in a very specific and limited way.

"We are taking the powers to disapply the EU law concept of direct effect required by article 4 in a certain, very tightly defined circumstance.

"There are clear precedence for the UK and indeed other countries needing to consider their international obligations as circumstances change."

WHAT DOES IT MEAN?

The Withdrawal Agreement - the divorce treaty - was enshrined in British law.

Now, the British government says it wants the flexibility to be able to fulfil commitments it made in its manifesto by creating a safety net if the two sides fail to agree on the detail on the Northern Ireland protocol to avoid any potential legal difficulties.

To do that, they are planning to pass domestic legislation to hand ministers more powers rather than complying with the EU principle of direct effect.

"I expect they will include clauses to give exemptions and or override the direct effect in certain circumstances," said Raoul Ruparel, a former special adviser on Europe to Prime Minister Theresa May.

"As Brandon said, this is likely to be a breach of the Withdrawal Agreement."

The government will set out the detail of its policy on Wednesday.