Explainer: U.S. commodity exports to China to rise amid trade talks, but volumes are capped

By Florence Tan and Dominique Patton SINGAPORE/BEIJING (Reuters) - China has pledged to buy more U.S. goods to reduce America's huge trade deficit and help avoid exacerbating a trade war between the world's two biggest economies, with energy and commodities high on Washington's list of products for sale. The U.S. 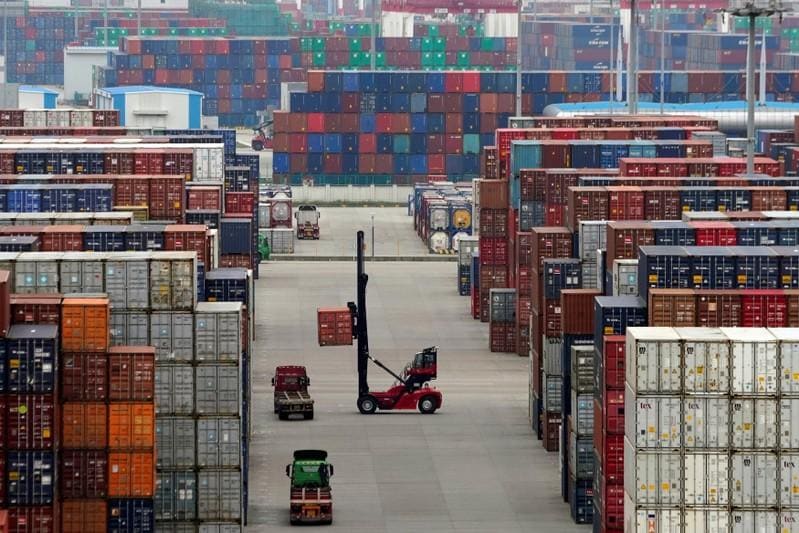 By Florence Tan and Dominique Patton

The U.S. trade war with China is "on hold" after the governments agreed to drop tariff threats and work on a wider agreement, U.S. Treasury Secretary Steven Mnuchin said on Sunday. Washington is especially keen to sell more of the United States' surging oil and gas production.

Yet infrastructure bottlenecks mean energy and commodity exports can grow only gradually, and only if U.S. oil, gas and other goods remain cost attractive against global competition.

Morgan Stanley estimates it could take up to three years to increase Chinese purchases of U.S. goods by $60 billion to $90 billion, with a rise in agricultural imports in the near term followed by energy.

Total U.S. oil and gas exports to China in 2017 were worth $4.3 billion, based on average prices, a far cry from a deficit reduction target of $200 billion.

But U.S. exports are rising, and China has spent $2 billion on U.S. oil in the first quarter of 2018 alone.

Increased purchases of U.S. oil will help China replace Iranian supplies, which are expected to fall as the United States re-imposes sanctions on Tehran.

"Buying U.S. crude would help with the Iranian situation in ... that these barrels from the U.S. would provide additional supplies at a time when buyers will be expected to cut Iranian volumes," said Michal Meidan of consultancy Energy Aspects.

That would still be only a fraction of China's import needs of 9.6 million bpd in April, worth around $20 billion. And while U.S. exports may grow somewhat, infrastructure bottlenecks for the time being hold back sales.

U.S. oil export terminals are small by global standards and the biggest tankers - Very Large Crude Carriers (VLCCs) - don't fit through the Panama Canal. Having to take the detour around Africa, they are at a cost disadvantage against producers from the Middle East, Africa and Europe.

Washington also wants the United States to export more liquefied natural gas (LNG) to China. In 2017, China overtook South Korea as the world's second biggest buyer of LNG, only behind Japan. China is looking to low cost sources of energy to reduce its use of coal and cut pollution.

While LNG shipments have increased, there are only two major export facilities operating in the United States, both of which have largely contracted out their supplies. There are also restraints in China due to pipeline and terminal capacities.

Additional liquefaction units are under construction at five U.S. locations.

If Chinese companies were to become partners in the U.S. export projects still under development and in need of customers and financing, U.S. LNG exports to China could surge.

That would potentially add 14 million tonnes of imports worth $6 billion to this year's trade bill, at the expense of major exporters, Brazil and Argentina.

Soybeans were the United States' second-largest export to China by value, worth $12 billion last year.

Analysts reckon buying more poultry, beef and pork would be another way to boost trade, but tough import regulations would likely limit volumes without big concessions from Beijing.

Beijing removed anti-dumping tariffs on U.S. poultry in February after eight years, but a ban due to avian influenza remains in place. Without the ban, the U.S.-China poultry business could be worth up to $600 million, an industry expert estimated.

China has in the past made large purchases of American pork for its strategic reserves. There is also strong demand for imported meat among the country's middle class consumers.

But China has zero tolerance on the use of growth promoter beta-agonist ractopamine, widely used by U.S. pork farmers, and synthetic hormones used in U.S. beef.

The government lifted a 14-year-old ban on U.S. beef last year, but it has only approved a dozen processors for export.

In the first quarter, U.S. imports accounted for less than 1 pct of China's total beef imports, but a pick-up in purchases would challenge Australia, Brazil and Uruguay.

"Big (meat) purchases and shipments need time to put together. You can't just turn on the spigot," said an industry source who declined to be identified.