By Alistair Smout LONDON (Reuters) - Airlines that will no longer be majority owned by EU nationals once Britain leaves the European Union face the threat of losing their right to fly within the bloc after Brexit due to share ownership rules. While they will still be able to fly to and from the EU, operating licences to fly between destinations within the bloc are reserved for airlines that are majority owned and effectively controlled by EU, EEA or Swiss nationals. EasyJet, Ryanair and British Airways-owner IAG are among the airline groups likely to be most affected when British shareholders are no longer EU nationals 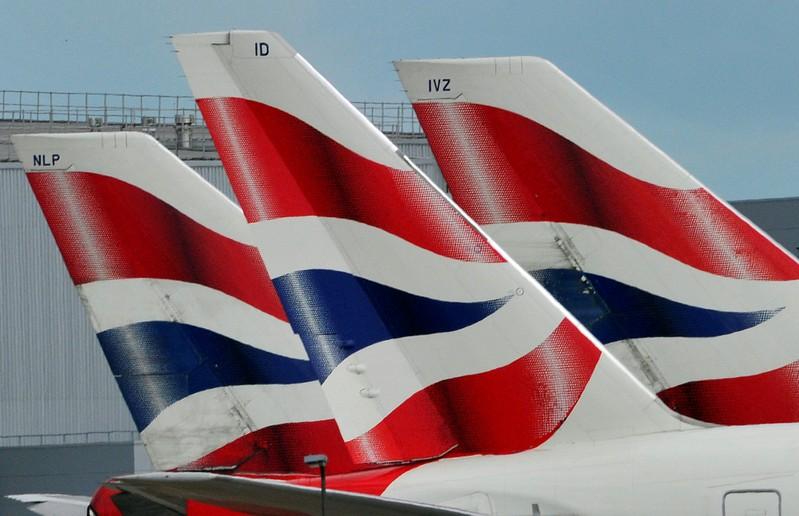 LONDON (Reuters) - Airlines that will no longer be majority owned by EU nationals once Britain leaves the European Union face the threat of losing their right to fly within the bloc after Brexit due to share ownership rules.

While they will still be able to fly to and from the EU, operating licences to fly between destinations within the bloc are reserved for airlines that are majority owned and effectively controlled by EU, EEA or Swiss nationals.

EasyJet, Ryanair and British Airways-owner IAG are among the airline groups likely to be most affected when British shareholders are no longer EU nationals.

They are all trying to reach the 50 percent plus 1 threshold for non-UK EU ownership, or bidding to demonstrate how else they can comply by March 29 when Britain is due to leave the bloc.

EasyJet said on Tuesday that it had increased its non-UK EEA ownership to 49 percent, one percentage point shy of meeting the threshold.

"We have the means and the tools to make sure that we will comply with all the rules and regulation," easyJet Chief Executive Johan Lundgren told reporters, adding that organic growth of EEA shareholders was the preferred route but disenfranchisement was also an option.

"Compared to other airlines, we're in a good place on this."

Many airlines have powers in their articles of association to suspend their voting rights and block share sales to non-EU nationals should they not achieve the threshold of EEA ownership after Brexit.

They include Ryanair, which is Irish-based but has said up to 54 percent of its shareholders could be non-EU in a hard-Brexit scenario.

In their political declaration on their future relationship, Britain and the EU said they would negotiate a Comprehensive Air Transport Agreement, and each side has said that even if Britain leaves without a deal, flights will continue.

But a no-deal Brexit in March would mean Britain stands to leave the bloc without a transitional period in which airlines might be able to sort out their shareholdings.

The EU has said that if an airline no longer fulfils its ownership conditions as a result of Brexit, the operating licence will cease to be valid, "subject to any transitional arrangement that may be contained in a possible withdrawal agreement."

Hugh O'Donovan, a barrister at Keystone Law, said that, while there could be a late, short-term fix to give airlines more time, it seemed unlikely that the EU would soften its stance on the issue.

For its part, Britain has said that it "would not impose nationality restrictions on the conditions for an operating licence," leaving airlines focused on boosting their EEA shareholdings.

Questions have been raised over whether IAG, which is over 20 percent owned by Qatar Airways, might fall foul of the rules. While famously the owner of British Airways, it is the intra-EU flights of its Spanish Iberia and Vueling brands and Ireland's Aer Lingus that would be jeopardised.

That distinction between the economic and voting rights has been cited by CEO Willie Walsh as a reason to be "more relaxed" about the firm's governance after Brexit.

The Spanish government has said it is confident national flag carrier Iberia is a Spanish company and will be able to fly across Europe in the event of a disorderly Brexit, after the Financial Times reported that Brussels had doubts about IAG's arguments that its individual airlines are domestically owned.

A spokeswoman for IAG said on Tuesday that the group was confident it would comply with the EU's ownership and control rules after Brexit.

EasyJet said it was engaging investors across Europe to increase EEA ownership above 50 percent before Brexit.

Founded by British-Cypriot founder Stelios Haji-Ioannou, he and his family retain a 33 percent stake in easyJet and count as EEA shareholders.

Other European airlines do not have this benefit.

Ryanair has said it plans to remove voting rights from all non-EU shareholders and block them from selling their shares to non-EU nationals for a period of time if there is no deal struck before exit day.

Ryanair said it expected the restrictions would only be in place for a short period of months and that they would be eased or removed once 50.1 percent EU ownership had been restored.

The Budapest-based but London-listed budget airline Wizz has clauses in its own articles of association which would allow it to take similar action.

Travel group Thomas Cook said it was in "close dialogue" with regulatory bodies in Europe about its contingency plans, "including any structural changes that may be required in the event of no-deal."

Rival TUI said that "it is our aim to continue our business as we do today" and that it was "preparing contingency measures where necessary for different scenarios, including a "hard Brexit".

"If they can’t reach a grand deal, then they need to reach a sectoral understanding... with an eye on consumers, not on the flag on the tail of an aeroplane," he told Reuters.