Explainer: How the U.S. could block WeChat and TikTok from Americans

(Reuters) - President Donald Trump has threatened to ban the short-video app TikTok and messaging service WeChat by late September on grounds that the Chinese-owned apps pose a national security threat. 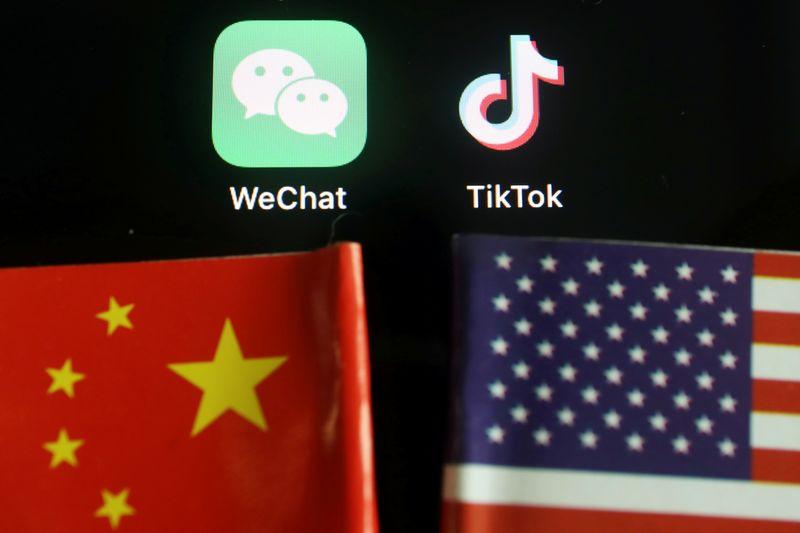 (Reuters) - President Donald Trump has threatened to ban the short-video app TikTok and messaging service WeChat by late September on grounds that the Chinese-owned apps pose a national security threat. It would mark the first time the United States has attempted to shut down widely used mobile internet apps.

How would the U.S. go about blocking access to TikTok and WeChat?

When the Indian government in June banned 59 Chinese apps, including TikTok and WeChat, it asked Google and Apple to remove the apps from their app stores, two sources told Reuters. Both companies complied.

It would be a rare and possibly unprecedented step for the United States: Apple has not disclosed any app takedown requests from the U.S. government since it started publishing information on such requests in the second half of 2018.

The government could also order the apps to stop offering access to U.S. users by threatening them with legal repercussions. In India, some banned apps pulled themselves from app stores.

If I already have TikTok and WeChat on my phone, will I still be able to use them?

The apps would probably work, but government orders may bar updates, blocking access to new features and bug fixes.

Jay Kaplan, CEO of cybersecurity firm Synack and a former National Security Agency cybersecurity analyst, said it is "highly probable" Apple and Google can remotely disable installed apps, though experts were not aware of any instance in which they have done that recently. Apple and Google declined to comment.

Users with phones running Google's Android can install apps from alternatives to Google's official app store. Theoretically, they could download WeChat or TikTok from the companies' websites.

Using alternatives to Apple's App Store to install apps is more difficult, though not impossible. Ron Deibert, director of the Citizen Lab at the University of Toronto, which has done extensive technical and censorship analysis of WeChat, said using unofficial stores carries the risk of installing versions of popular apps altered with viruses or scams.

Would U.S. users be able to access Web versions of the app?

Could internet service providers block users from accessing these services?

The government could order ISPs to block users from accessing WeChat's and TikTok's servers, as China does to enforce its Great Firewall. But it would not be an easy task for the U.S. government because the United States has thousands more ISPs than China, said Chester Wisniewski, a researcher at cybersecurity provider Sophos. A U.S. order to ISPs also could be challenged in court, legal experts say.

In India, the government did order telecom companies and other internet providers to block the Chinese-origin apps, according to notices seen by Reuters. Experts say there are no known cases of the U.S. ordering ISPs to ban access to sites.

Americans could use virtual private networks, or VPNs, to circumvent ISP blocks and browse the internet as if they were overseas. This is how internet users in China are able to reach services, such as Facebook, banned by the Great Firewall. Network experts said the same loophole would exist in the United States.