(Republishing after the RBI clarified that governor Raghuram Rajan did not imply that the world is slipping into another Great Depression. The central bank said he indeed said that "the policies followed by major central banks around the world were in danger of slipping into the kind of beggar-thy-neighbour strategies that were followed in the 1930s".)

The governor of the Reserve Bank of India, Raghuram Rajan, is a rare central banker who doesn’t beat around the bush and calls a spade a spade.

Speaking in London yesterday evening Rajan said: "The question is are we now moving into the territory in trying to produce growth out of nowhere we are in fact shifting growth from each other, rather than creating growth. Of course, there is past history of this during the Great Depression when we got into competitive devaluation." 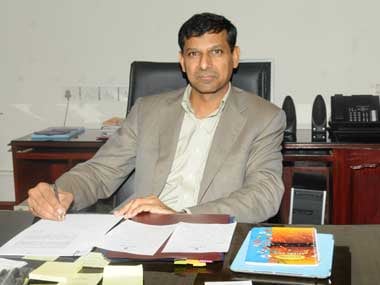 This is a direct attack on the money printing policies that have been followed by the developed economies in the aftermath of the financial crisis. Before we get into analysing this statement it is important to understand why Rajan compared the current global economic scenario to the Great Depression of late 1929 and the 1930s.

The Great Depression started in the United States after the stock market crashed in October 1929 and then gradually spread to other parts of the world. This led to a contraction of economic growth and huge unemployment.

Countries tried to solve this problem by devaluing their currencies against other currencies in order to increase their international competitiveness. As Christian Saint-Etienne writes in The Great Depression, 1929-1938: Lessons for the 1980's: "It bears emphasizing that attempts by several major countries, starting with Great Britain, to solve their problems nationally by competitive devaluation only led to a deepening of the Depression in all countries."

What was happening here? The idea behind devaluing a currency is to make exports competitive. At the same time imports become expensive. This also ensures that the citizens buy stuff that is produced within the country rather than what is produced outside it. Hence, when a currency is devalued, exports are likely to go up and imports are likely to come down. This helps businesses within a country and hence, creates economic growth.

Nevertheless, devaluing a currency is not exactly rocket science. If one country can do it so can others. This race to devalue currency is referred to as competitive devaluation, which is what happened in the aftermath of the Great Depression.

As economist Barry Eichengreen writes: "In the 1930s, one country after another pushed down its exchange rate in a desperate effort to export its way out of depression. But each country's depreciation only aggravated the problems…Eventually even countries that valued currency stability were forced to respond in kind."

When a country devalues its currency its exports become competitive (i.e. prices fall). This is a good thing for that country. Nevertheless, what it also means is that the exports of another country (or countries) become uncompetitive. This leads to economic problems in these countries, forcing them to devalue their currencies as well in a bid to shore up their exports. And eventually it becomes a race to the bottom unleashing a currency war.

And it is this currency war that Rajan was talking about in his latest speech. In the aftermath of the financial crisis which started in September 2008, countries have printed money in an effort to revive economic growth.

When prices are flat, or are falling, or are expected to fall, consumers generally tend to postpone consumption (i.e., buying goods and services) in the hope that they will get a better deal in future. This impacts businesses, as their earnings either remain flat or fall. This slows down economic growth. On the other hand, if people see prices going up or expect prices to go up, they generally tend to start purchasing things.

Hence, the idea was to print money and create some inflation, so that people start buying things again. Other than trying to get consumption going again, there is another side to this story, too. When countries print money, they also want to cheapen their currency against other currencies and, thus, boost exports.

Other than pushing down interest rates, this also pushes down the value of the American dollar against other currencies. The hope is that this will make American exports competitive and at the same time discourage the purchase of imported goods by Americans.

But currency devaluation is not rocket science—if the United States could do it so could others. The Bank of Japan has been printing massive amount of yen since early 2013.

In December 2012, Japan had an inflation rate of –0.1 percent. For 2012, overall, inflation was at zero percent, which meant that prices did not rise at all. In fact, for each of the years in the period 2009–2011, prices had fallen in Japan. By printing money the idea was to create some inflation again so that people go out shopping again. This would help businesses and in the process revive economic growth.
The idea was also to push down the value of the yen against the dollar in order to make Japanese exports competitive. One dollar was worth 76 yen at the beginning of 2012. It is now worth 123 yen.

In fact, this dramatic collapse in the value of the yen (it is at a 30 year low against the dollar) has made things difficult for other export oriented economies like China and South Korea.

This explains very well what Rajan said: "The question is are we now moving into the territory in trying to produce growth out of nowhere we are in fact shifting growth from each other, rather than creating growth."

The "growth out of nowhere" phrase was in response to the money printing that has been carried out by the developed economies. And the impact of that has been a currency war where "we are in fact shifting growth from each other, rather than creating growth".

And this can lead to more problems instead of solving the current ones. As Albert Edwards of Societe Generale wrote in a recent research note: "The economic situation in China has become more precarious. The most important thing as the yen sets off another round in the global currency war is that China in now in outright deflation and cannot tolerate renminbi appreciation. As the yen drags down other regional currencies, and the renminbi is forced to participate in a competitive devaluation, deflation fears will surely quickly reignite in the west."

The Chinese currency yuan is also referred to as the renminbi. Since early 2013, the People’s Bank of China has ensured that the dollar has been worth around 6.2 yuan. The value of the dollar has fluctuated between 6.13 to 6.26 yuan. Now with the Japanese yuan depreciating against the dollar, chances are that China will enter competitive devaluation and start pushing down the value of the yuan against the dollar.
This will make Chinese exports even more competitive. Once this happens the goods being produced in the developed countries will become uncompetitive. The prices of these goods will need to fall. And in this process China will end up exporting deflation(a scenario where prices are falling) to the developed economies.

Long story short—all that is happening will not end well.