NEW YORK (Reuters) - The U.S. Treasury labeled Switzerland and Vietnam as currency manipulators on Wednesday and added Taiwan, Thailand and India to a watch list of countries it suspects of taking measures to devalue their currencies against the dollar 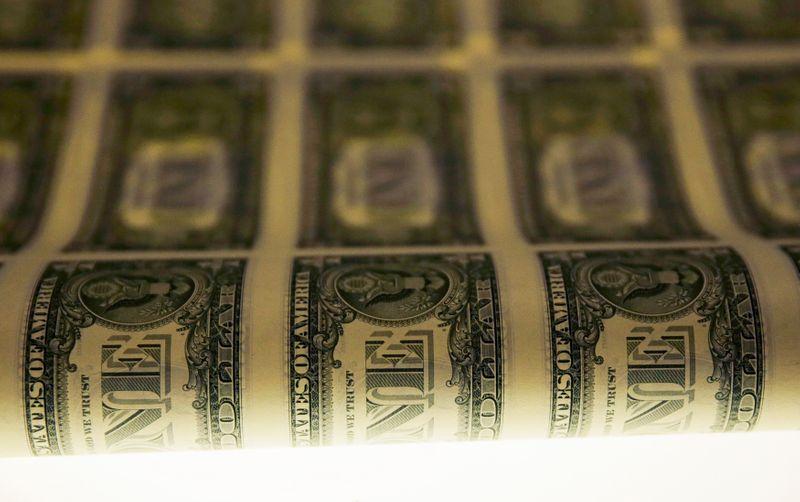 NEW YORK (Reuters) - The U.S. Treasury labeled Switzerland and Vietnam as currency manipulators on Wednesday and added Taiwan, Thailand and India to a watch list of countries it suspects of taking measures to devalue their currencies against the dollar.

The Swiss government is open to bilateral talks with the U.S. Treasury Department.

The Swiss Franc rose briefly on the news and was last at 0.8848 per dollar, with the greenback down 0.1% against the currency on the day.

"I think the response from the Swiss National Bank is telling. By saying that they are willing to intervene even more strongly if they feel it necessary."

"Perhaps if Trump had won a second term, the labeling might have had a larger effect. But because there will be a new Treasury Secretary in a month, the report is mostly toothless."

“It’s clear what Switzerland is doing and it’s clear that they’re not going to stop. I’m not sure what the ramifications would be because I think that the next step for something like that is negotiation…I think that they’ll be able to come to some sort of an agreement without any major kerfuffle.”

“There has been a very strong tendency for the Swiss National Bank to manage its currency because of its very close ties with the euro. It’s been actually very important to keep yields at a level that don’t force a recessionary impact onto the economy with too strong a currency. It’s put the SNB in a very difficult situation. Some pressure will relent going forward with the direction the Chinese have taken with the yuan. But because of the unusual circumstance in the Swiss economy, with Switzerland’s role as an independent banking system against the euro, it’s a catch-22. While we certainly understand that looks like currency manipulation, the genesis of what the Swiss are doing is not purely a commercial-oriented approach. It does put Switzerland into a difficult circumstance.”“This kind of action (labeling Switzerland a currency manipulator) could cause a moderation in the tendency of the Swiss franc to weaken in accord with the euro. It could make the Swiss franc more attractive as a safety asset.”

“Trade, as an issue, has been elevated under the Trump administration and there is good reason to believe the Biden administration may have a different stance on some issues, but absolutely believe in free and fair trade. And the adjective ‘fair’ would include a lack of currency manipulation.”

“Janet Yellen as Treasury secretary may be quiet-spoken but forceful in that area.”

“Historically you’ve had central banks that have tried to limit their currencies’ appreciation. Now there’s increased pressure on central banks not to intervene, which gives the dollar less protection.”

“There’s been a shift in part because … there’s a greater acceptance of flexible exchange rates.”

"The U.S. speaks loudly, but carries a small stick when it comes to currency manipulation. Markets generally consider the list of approved sanctions to be toothless, and no serious proposals to apply capital controls or engage in counter-intervention have made it through Congress."

"This may change. Yellen and some of her advisors - including Brad Setser - do understand the role that currency manipulation and unrestricted capital flows play in distorting markets and widening US trade imbalances. We could see the Foreign Exchange Report assume new importance under the Biden administration."

"As far as Switzerland is concerned, it was always an open secret that the (Swiss National Bank) were involved in the CHF, as they have been for years. I don't think this will have much, if any effect, to be honest, because the for the U.S. administration is changing and the fact that the SNB seem pretty set in their ways and will carry on regardless, as their statement would imply."

"The first place I would've expected an impact is dollar Swiss. The onshore market is closed on dollar/Vietnam. I would expect Vietnam would smooth any market impact."

"If it’s not showing up in the Swiss franc, causing the currency to move violently, I don't know if it’s going to show up anywhere."

"The market is like, what do I even do with this? This is the first time Treasury has designated countries as manipulators with this new criteria."

"It is a big deal but what do we do with it? Over the medium term its probably likely to lead to Swiss appreciation because they'll probably feel under the gun as a result of this finding and less likely and willing to intervene to stifle franc strength. There's probably a lot of other countries, on that one  saying go U.S. thank you."

"Switzerland runs a massive current account surplus. Most of that surplus is not with the U.S. It's with other European countries that are not in a position to apply the same type of pressure the U.S. is applying here. But if Switzerland stops intervening and allows its current account surplus to normalize back to a reasonable level, anything beyond 3% is completely unreasonable - the trading partners are going to benefit from that but not the U.S. It's the euro zone. Its eastern European economies. It's Scandinavian economies. Those are the beneficiaries."

“No one is surprised that Switzerland was deemed a currency manipulator. There was a strong case for that based on the thresholds for current account surplus and forex purchases. For the most part, what is important for Switzerland is its relationship with Europe. The dollar, yes it's important. But the dollar reaction was somewhat limited. Overall, today’s Treasury report was extremely aggressive than before, considering that India, Taiwan, and Thailand were added to its watch list and this does not surprise me that the Trump administration was this aggressive.  But I expect the next administration to be a little more conservative in its approach, at least constructive in working with countries.”

"The currency manipulator label was a step by the current U.S. administration to appear tough on trade-related matter, although it would likely have few practical effects.

"With import-, producer-, and consumer prices below last years’ levels and the nominal and real effective exchange rates above them the SNB cannot conduct a different exchange rate policy if it wants to deliver on its mandate. Otherwise it would risk of negative inflation expectations to become entrenched."

"A stronger  global economy, however, would naturally reduce demand for a safe haven like the Swiss franc and soften its upward pressure – reducing the need for FX-interventions."

"It's part of the U.S. strategy to ramp up pressure on Biden before he takes over the office of president of the United States. You set the agenda and force him into positions that he will have to get out of somehow."

"Especially with Vietnam, there will be some negotiations and probably Vietnam might let its currency appreciate before the next review, before there is any serious risk of sanctions being imposed."

If you want to build a coalition and hope for partners in your strategy to handle China then it'll be good to have India on your side in Asia. It's partly a reflection that the Trump Administration will leave a legacy for Biden to handle when he comes into office."

“It’s kind of been something that has been coming. I don’t think it helps the credibility of the concept of currency manipulator in the U.S. designation if you do it in reference to a currency that is wildly overvalued and where it’s so obvious. There is nobody on the planet that doesn’t know that the Swiss franc is really expensive – you’d have to have never asked for cup of coffee in Geneva or Zurich not to have spotted this obvious fact.”

“It just doesn’t change the fundamentals of what’s making the Swiss franc strong.”

JOE TUCKEY, ANALYST, ARGENTEX, LONDON“In the current context of what is driving FX moves, initial reaction is that this isn't particularly impactful for FX markets, and indeed the reaction in the market would reflect this.”

“The US doing this may just mean it becomes a little more difficult for the SNB to engage in intervention, meaning the CHF could remain slightly firmer. (A weaker CHF in to next year on a reduced requirement for safe haven may naturally weaken the currency anyway, meaning they may be less inclined to). In summary - this isn't big news in my view.”