By Tom Polansek and Dominique Patton CHICAGO/BEIJING (Reuters) - The United States is seeking better access for imports of genetically modified crops into China as part of a trade deal currently under discussion between the two sides, said two people familiar with the matter. 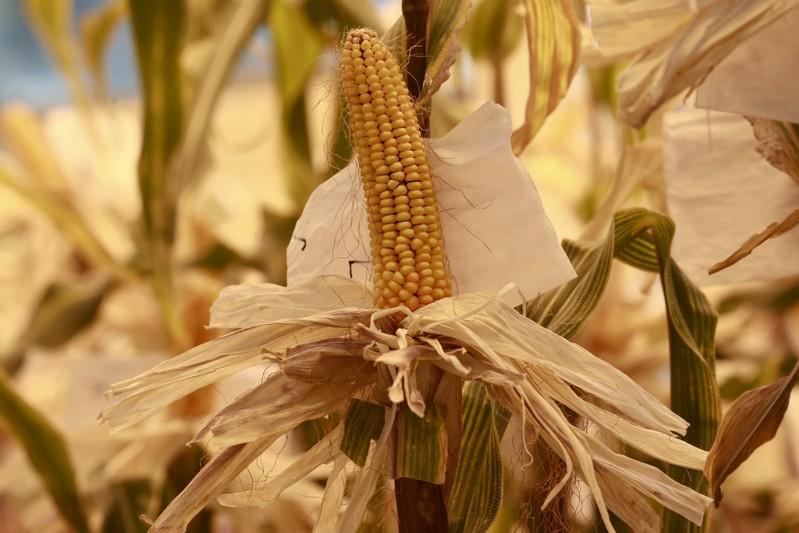 By Tom Polansek and Dominique Patton

CHICAGO/BEIJING (Reuters) - The United States is seeking better access for imports of genetically modified crops into China as part of a trade deal currently under discussion between the two sides, said two people familiar with the matter.

The subject, long a major irritant in agricultural trade between the countries, is a main issue for the U.S. Department of Agriculture, said a biotech industry source with knowledge of USDA discussions.

"I can say with full confidence that biotech is one of the key issues for USDA in this conversation with the Chinese," the source said.

The USDA did not immediately respond to requests for comment on Wednesday.

China's Ministry of Agriculture and Rural Affairs, which regulates approvals of genetically modified, or GMO crops, did not respond to a fax seeking comment on whether such demands had been made.

China's Ministry of Commerce did not respond to a fax on the issue.

After months of escalating trade tension that led Beijing to threaten hefty tariffs on imports of major U.S. farm products, the two sides are nearing a deal that could see China buying more American farm goods, sources said on Tuesday.

Those goods are expected to include top U.S. farm products such as soybeans and grains, as well as beef and other meat. U.S. exporters are currently grappling with tough Chinese quarantine requirements on many of their products, including corn, soybeans and pork.

China will import record volumes of U.S. oil and is likely to ship more U.S. soy after Beijing signaled to state-run refiners and grains purchasers they should buy more to help ease tensions between the two top economies, trade sources said on Wednesday.

While the specific demands regarding U.S. biotech are not known, Washington has repeatedly cited the issue in trade talks with Beijing in recent years.

China does not permit planting of GMO food crops, but it does allow the import of GMO soybeans and corn for use in its huge animal feed industry.

However the approval process for new GMO strains is slow, unpredictable and not based on science, says the biotech industry.

As the world's top buyer of soybeans and a major buyer of other grains, China's slow approval process stalls trade by forcing agrichemical firms to restrict sales of new products to American farmers until they get Beijing's go-ahead.

That can take several years, according to earlier industry complaints.

China promised to speed up a review of pending applications during the 100-day trade talks with the United States last year, approving four new GMO products for import in the weeks following those talks.

But it has not approved any other products since then. The industry had expected another meeting of its scientific panel, the National Biosafety Committee, to take place late last year, but no meeting took place, according to industry sources.

"Biotech was among one of the key issues in the 100-day plan last year and there's still a lot of unresolved issues from that plan," the source with knowledge of USDA's discussions said.

DowDuPont Inc is waiting for China to approve imports of biotech soybeans under its Enlist brand, which have tolerance to a chemical called 2,4-D, used as a herbicide.

Syngenta, which is now owned by Chinese chemical company ChemChina, is waiting for Beijing to approve imports of a variety of U.S. biotech soybeans known as 0H2, which were submitted for review in 2014, a Syngenta spokesman said. Last year, China cleared imports of Syngenta's Agrisure Duracade corn as part of the 100-day plan.

Another industry source said China needed to overhaul its regulatory system, and not simply approve some pending applications.

"Results in the past year were not satisfactory," he added.

Beijing has in the past held back approvals of imported GMO products amid concerns about anti-GMO sentiment in the country.

(Reporting by Dominique Patton in BEIJING and Thomas Polansek in CHICAGO; Additional reporting by Mark Weinraub in CHICAGO; Editing by Alex Richardson)