By Katanga Johnson WASHINGTON (Reuters) - The U.S. securities regulator is poised to walk back a proposal to impose discretionary caps on whistleblower awards and tighten deadlines for formally filing tips when it votes to overhaul the bounty program this week, five people briefed on the matter told Reuters. The Securities and Exchange Commission (SEC) on Wednesday will finalize changes to its whistleblower program, but will water down these proposed measures after whistleblower advocates, lawyers and lawmakers said the changes could deter insiders from flagging corporate fraud and misconduct 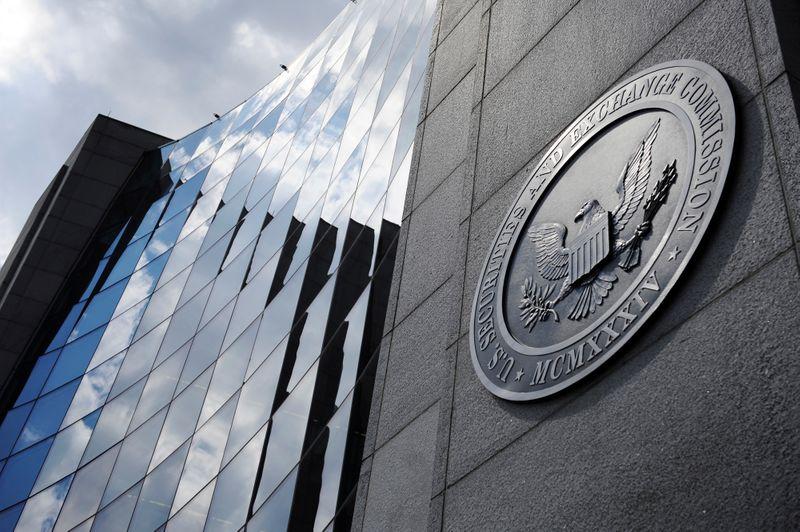 WASHINGTON (Reuters) - The U.S. securities regulator is poised to walk back a proposal to impose discretionary caps on whistleblower awards and tighten deadlines for formally filing tips when it votes to overhaul the bounty program this week, five people briefed on the matter told Reuters.

The Securities and Exchange Commission (SEC) on Wednesday will finalize changes to its whistleblower program, but will water down these proposed measures after whistleblower advocates, lawyers and lawmakers said the changes could deter insiders from flagging corporate fraud and misconduct.

In 2018, the SEC proposed https://www.sec.gov/news/press-release/2018-120 reworking the program which allows the SEC to reward tipsters whose original information leads to a penalty exceeding $1 million with between 10% and 30% of the fine. Created in the wake of the 2009 financial crisis, the program has resulted in more than $2 billion in penalties and $523 million in tipster rewards.

The program attracts thousands of tips annually, public data shows, overwhelming SEC staff who can take years to assess all the claims and issue awards. SEC chair Jay Clayton has said he views the program as vital, but wants to make it more efficient and speed up awards.

The SEC proposed, among other measures, giving staff more latitude when assessing the value of awards and the discretion to reduce some payouts if they exceeded $30 million.

Whistleblower advocates and lawyers said the changes would reduce incentives for tipsters to flag the most egregious frauds by increasing the legal costs of filing tips, limiting rewards and creating uncertainty. Whistleblowers face big risks and need confidence they will be adequately compensated, advocates say.

Some of the planned changes had also met with resistance on Capitol Hill, including from Republican Senator Chuck Grassley, a longtime champion of federal whistleblower protections, the sources said. Democratic lawmakers on Friday also wrote https://www.banking.senate.gov/imo/media/doc/Ltr_to_Chair_Clayton_WB_rule_09172020.pdf to Clayton, warning against reducing rewards or injecting "uncertainty and ambiguity" into the program. [nL2N27O1W9]

The SEC on Wednesday is set to water down those two proposals, the five people said. One of them added it will replace the proposed discretionary cap with a "more generous" solution, without elaborating. The same person said it will also address the filing deadline issue so that "in no case would a whistleblower not be eligible for an award because they contacted the SEC informally."

While the concessions are a win for whistleblowers, some lawyers raised new concerns in recent days that another provision would limit rewards the agency can issue for related enforcement actions brought by fellow agencies.

Stephen Kohn, a partner at Kohn, Kohn and Colapinto, warned in a public letter filed with the SEC on Monday that the change could discourage cooperation between multiple enforcement agencies. Reuters could not ascertain if the SEC planned to address that concern.

Corporate lobbyists have been pushing the SEC to revise the program for years. They say excessive awards have spawned a cottage industry of tipsters and their attorneys who get a cut of the reward, overwhelming SEC staff with unhelpful and sometimes bogus tips. The SEC received 5,200 tips in 2019, the second highest number since the program kicked off in 2011.