By Stella Qiu and Karen Freifeld (Reuters) - The Trump administration on Tuesday granted a license to General Electric Co to supply engines for China's new COMAC C919 passenger jet, a spokeswoman for the company said. Early this year, the United States was weighing whether to deny GE's latest license request to provide the CFM LEAP-1C engine for the narrow-body COMAC jet, which is expected to go into service next year. 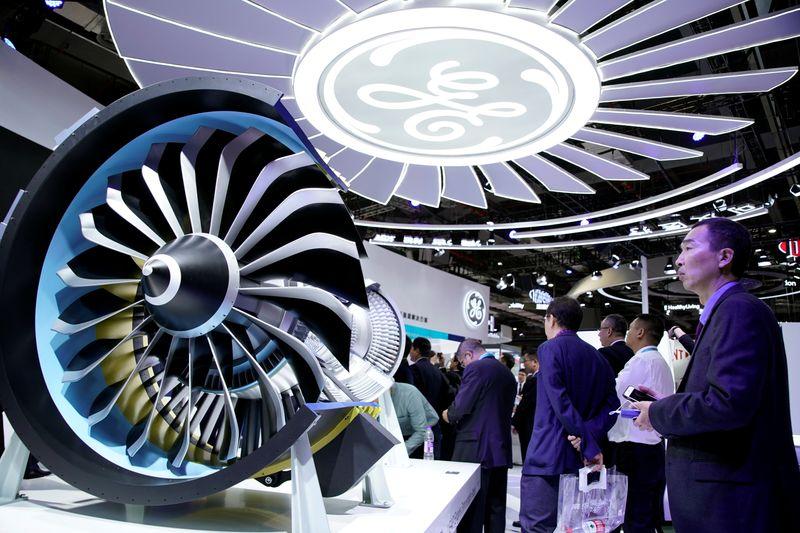 By Stella Qiu and Karen Freifeld

(Reuters) - The Trump administration on Tuesday granted a license to General Electric Co to supply engines for China's new COMAC C919 passenger jet, a spokeswoman for the company said.

Early this year, the United States was weighing whether to deny GE's latest license request to provide the CFM LEAP-1C engine for the narrow-body COMAC jet, which is expected to go into service next year.

But in February, President Donald Trump intervened, blasting U.S. proposals that would prevent companies from supplying jet engines and other components to China's budding aviation industry.

"I want China to buy our jet engines, the best in the World,” Trump tweeted on Feb. 18. “I want to make it EASY to do business with the United States, not difficult. Everyone in my Administration is being so instructed, with no excuses...”

GE had received licenses for the LEAP engines since 2014 and was last granted one in March 2019, as the C919 plane was developed and began to engage in test flights.

Such licenses are typically valid for four years with a defined quantity and value, according to a person familiar with the matter.

The engine is a joint venture between GE and France's Safran Aircraft Engines.

"We received notification that GE Aviation has license approval for engines for the C919," a GE spokeswoman told Reuters on Tuesday.

The license approval comes as U.S. officials have agreed to press forward with new measures to control high-tech exports to China, and to require foreign companies that use U.S. chipmaking equipment to obtain a license before supplying certain chips to China's Huawei Technologies.

COMAC is an acronym for Commercial Aircraft Corp of China Ltd.

Trade tensions between China and the United States have flared up since late 2018, with the world's two biggest economies engaging in a prolonged trade war that saw billions of tariffs imposed on bilateral trade.

Even with a Phase One trade agreement in effect since earlier this year, broad tensions between the two countries are expected to continue.

Trump and some top aides have repeatedly excoriated China over its handling of the coronavirus pandemic.

On Thursday, GE it would furlough about half its workers in the U.S. engine assembly and component manufacturing operations for up to four weeks, a move that would affect thousands of employees.