By Humeyra Pamuk and Alexandra Alper WASHINGTON (Reuters) - The Trump administration plans to soon scrap a 2013 agreement between U.S. and Chinese auditing authorities, a senior State Department official said, a move that could foreshadow a broader crackdown on U.S.-listed Chinese firms under fire for sidestepping American disclosure rules. The deal, which set up a process for a U.S. 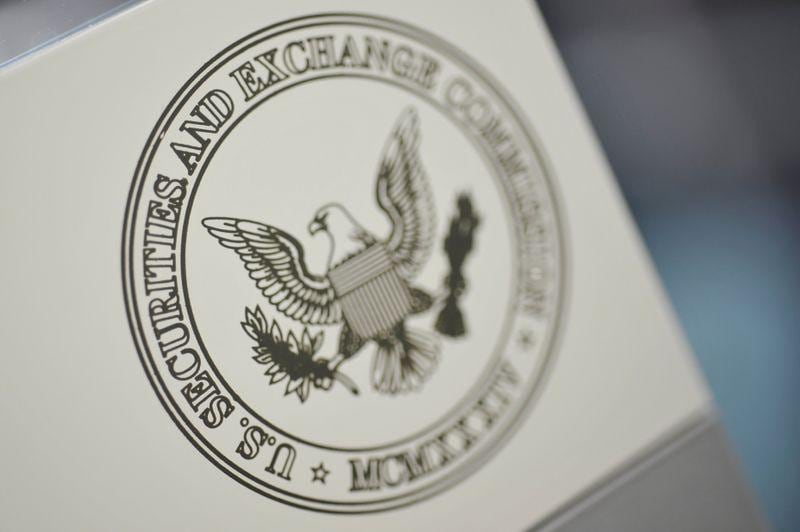 By Humeyra Pamuk and Alexandra Alper

WASHINGTON (Reuters) - The Trump administration plans to soon scrap a 2013 agreement between U.S. and Chinese auditing authorities, a senior State Department official said, a move that could foreshadow a broader crackdown on U.S.-listed Chinese firms under fire for sidestepping American disclosure rules.

The deal, which set up a process for a U.S. auditing watchdog to seek documents in enforcement cases against Chinese auditors, was initially welcomed as a breakthrough in U.S. efforts to gain access to closely guarded Chinese financial information and bestowed a mark of legitimacy on Chinese regulators.

But the watchdog, known as the Public Company Accounting Oversight Board (PCAOB), has long complained of China's failure to grant requests, meaning scant insight into audits of Chinese firms that trade on U.S. exchanges.

The lack of transparency has prompted administration officials to lay the groundwork to exit the deal soon, according to Keith Krach, undersecretary for economic growth, energy and the environment, in a sign the PCAOB will give up on efforts to secure information from the Chinese.

"The action is imminent," Krach said on Monday in an emailed response to questions. "This is a National Security issue because we cannot continue to afford  to put American  shareholders  at  risk, to put  American  companies at a disadvantage and  allow our preeminence of being the gold standard for financial markets to erode."

One other administration official and three former White House officials said terminating the memorandum of understanding was under consideration, adding that the White House was involved with the discussions.

The White House declined to comment, while the PCAOB did not immediately respond to requests for comment.

China's Foreign Ministry, in a reply to Reuters, said abolishing the memorandum of understanding would not help improve the supervision of listed companies in the United States and would damage the interests of investors.

It said China hoped U.S. regulatory authorities would carry out fair exchanges and consultation with their Chinese counterparts to protect investors.

It was not clear when or how the administration would revoke the agreement, which requires 30-day notice by either party, and its termination would not directly threaten the listed status of Chinese companies that trade on U.S. exchanges. Among some of the bigger Chinese companies trading in the United States are Alibaba Group Holding Ltd and Baidu Inc..

But discussions about revoking it are a sign of growing frustration by U.S. authorities over a lack of disclosure by Chinese companies widely held by U.S. investors that could lead to a more direct crackdown. It also comes amid rising U.S.-China tensions over Beijing's handling of the coronavirus and its move to curb freedoms in the former British colony of Hong Kong.

In May, the administration successfully pressured an independent board that oversees a $40 billion international pension fund for federal employees to halt plans to track an index that includes Chinese companies, citing “risks to investors resulting from inadequate investor disclosures and protections under Chinese law.”

In early June, President Donald Trump assigned a group of officials including Jay Clayton, chairman of the Securities and Exchange Commission, which oversees the PCAOB, to recommend measures within 60 days to protect U.S investors "from the failure of the Chinese government to allow PCAOB-registered audit firms to comply with United States securities laws."

Last week, PCAOB Chairman William Duhnke said he saw "no prospects" of being able to properly do its job overseeing disclosures and preventing accounting fraud in China.

Pressure is also mounting from Congress, with the Republican-led Senate passing a bill that, if approved by the Democratic-led House of Representatives and signed into law, would bar securities of any foreign company from being listed on any U.S. securities exchange if it has failed to comply with the PCAOB’s audits for three years in a row.

Republican Senator Marco Rubio, a China hardliner, said it was "long overdue" for the administration to take "decisive action" on the issue as the Senate has.

"In addition to terminating this MOU, which allows Chinese companies to openly defy U.S. laws and regulations for financial transparency and accountability, we must address the Chinese Communist Party's exploitation of U.S. capital markets, which is a clear and ongoing risk to U.S. economic and national security," he said in a statement to Reuters.

But some U.S. investors have raised concerns that such moves by Congress could shut them out of high-yield investment opportunities that would remain open to investors in other countries.

China itself may have helped prompt the latest campaign by Washington to flex its muscle on audits by amending a securities law in March to ban any Chinese person from sharing any securities-related document with regulators overseas without approval from the securities regulatory authority under the state council.

But the limits of the MOU were visible from long before, according to industry figures. The agreement, which is not legally binding, does not allow the PCAOB to conduct inspections of Chinese accounting firms and explicitly permits each side to deny document requests if they violate domestic law or the national interest.

"The MOU represents a gaping hole in U.S. investor protections, while providing the framework for systemic Chinese fraud," said Kyle Bass, a hedge fund manager and vocal critic of China. "It's unconscionable that the United States continues to allow Chinese companies raising trillions of dollars from U.S. investors to avoid complying with basic U.S. securities and audit standards.”