By Katya Golubkova, Ron Bousso and Shadia Nasralla LONDON/MOSCOW (Reuters) - France's Total is seeking to sell part of its stake in Kazakhstan's giant Kashagan oilfield to raise up to $4 billion, four banking sources said. Total holds a 16.8% stake in Kashagan, one of the world's largest oilfields with production of about 400,000 barrels per day (bpd), and is seeking to sell around a third of its stake, according to the sources 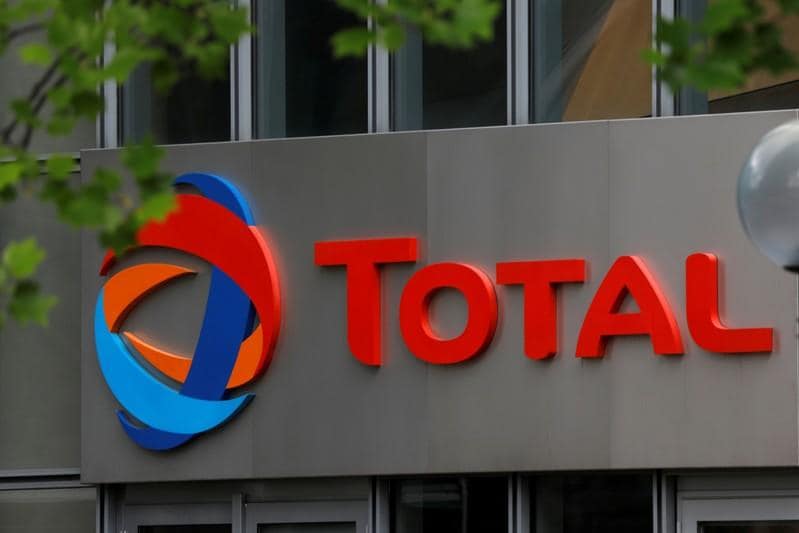 LONDON/MOSCOW (Reuters) - France's Total is seeking to sell part of its stake in Kazakhstan's giant Kashagan oilfield to raise up to $4 billion, four banking sources said.

Total holds a 16.8% stake in Kashagan, one of the world's largest oilfields with production of about 400,000 barrels per day (bpd), and is seeking to sell around a third of its stake, according to the sources.

The company's entire stake has an estimated value of up to $9 billion, the sources said.

The energy group has held talks with a Chinese national oil company about a stake sale in recent months but the sides were unable to agree on price, two sources said.

Total initially declined to comment but subsequently said it is not "currently" in talks with a Chinese company to sell a stake in Kashagan. "Total has no ongoing sale process for its Kashagan stake," it added.

Kashagan, the world's biggest oil find in decades and the most expensive standalone oil project, took an estimated $50 billion and 13 years to develop before starting in 2016.

Total is not using any external bankers in the sale process, one of the sources said.

The sale would be a welcome cash boost for Total as it prepares to buy $8.8 billion of oil and gas assets in Africa from Occidental Petroleum should the U.S. group's acquisition of rival Anadarko go through.

Total Chief Executive Patrick Pouyanne said in an interview published on Friday that the purchase of Anadarko assets from Occidental may prompt the French oil company to sell others.

"These acquisitions will also allow us to turn over our portfolio and may therefore be followed by divestments," Pouyanne told financial paper Investir.

While not identifying any oilfield as for sale, Pouyanne said Total would likely offload higher-cost production, as it seeks to lower its break-even point in order to remain profitable even if the price of oil falls below $30 a barrel.

Kashagan is operated by the North Caspian Operating Company (NCOC) and the other partners in the field are Eni, Royal Dutch Shell, Exxon Mobil, KazMunayGas, Inpex and China National Petroleum Corp.

Kashagan, located in the Caspian sea, is expected to produce 370,000-400,000 bpd early next month after undergoing maintenance.

Under Kazakh law, companies selling stakes in projects like Kashagan have to offer them to the Kazakh government first and can sell to third parties only if the government chooses not to buy.

Kazakhstan's Energy Ministry could not be reached for immediate comment.