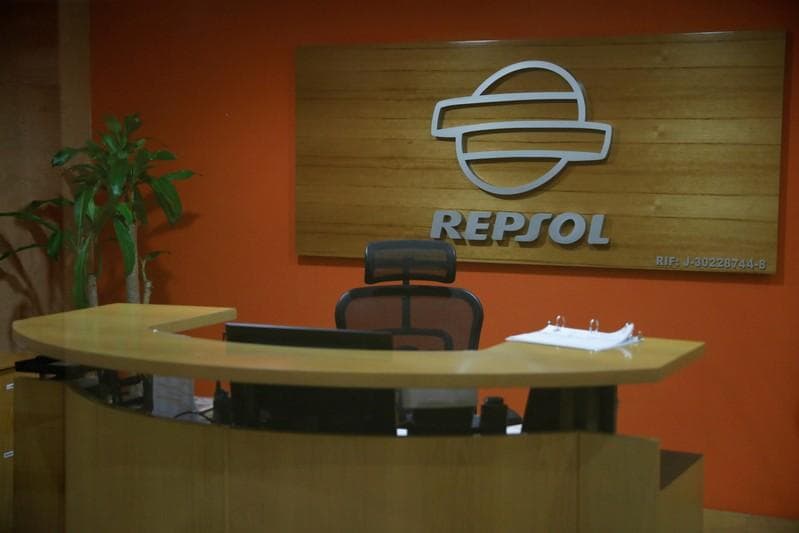 By Collin Eaton and Marianna Parraga

The Spanish oil company has been swapping fuel and waiving payments due from a joint venture with PDVSA in exchange for crude, even as the United States rolled out new sanctions aimed at ousting Venezuela's socialist President Nicolas Maduro.

The arrangement made Repsol one of the OPEC-member nation's main fuel suppliers, alongside Russia's Rosneft and India's Reliance Industries, according to three sources and vessel-tracking data.

Repsol declined to comment on the matter on Wednesday.

On Thursday, a day after the United States decided not to take new actions against foreign companies doing business with Venezuela, Repsol said it had not suspended its programme.

"The operations are continuing normally," spokesman Kristian Rix said. "There has been no change from last week, the prior week to now."

The Trump administration blames Maduro for a severe economic crisis that has forced millions of Venezuelans to flee. The United States and dozens of other countries recognise Venezuelan opposition leader Juan Guaido as the nation's interim president. Maduro considers Guaido a U.S. puppet.

A final decision on whether Repsol will cancel the Venezuelan swap deal altogether, after it was first arranged in late 2018, has not yet been made, the sources said.

One of the sources said the company had been communicating with the Trump administration through the U.S. embassy in Spain, which declined to comment.

Repsol has said previously that it was complying with U.S. sanctions on PDVSA, which bar any use of the U.S. financial system or subsidiaries based in the United States for oil deals with Venezuela.

Companies have been given until April 28 to wind down their existing transactions.

Repsol's most recent shipment of gasoline arrived in Venezuela on March 25 aboard the Torm Laura, according to vessel-tracking data from Refinitiv Eikon and consulting firm Kpler.

As of Wednesday, the Achilleas, a Suezmax tanker chartered by Repsol, remained anchored off Venezuela's Jose oil port, after loading about 1 million barrels of heavy crude on April 6, the Refinitiv data showed.

Repsol's Rix said the Achilleas was not chartered by Repsol.

Another Suezmax chartered by Repsol has been anchored off Jose for at least a week after loading Venezuelan oil, according to shipping sources and the Refinitiv data.

The tankers are awaiting directions from Repsol before they set sail, according to one of the sources.

A separate group of 11 loaded tankers, chartered by U.S. firms Chevron Corp, Valero Energy and Citgo Petroleum have been anchored off Jose for over two months following payment complications from sanctions.

On Wednesday in Miami, Bolton announced a series of new sanctions against Cuba and Venezuela, ratcheting up pressure on Maduro and the countries that support him.

In February, Spain imported some 75,920 barrels per day (bpd) of Venezuelan oil, down from 84,650 bpd the month before, when arrivals were boosted by the Repsol-PDVSA swap. The European country imported an average of 12,630 bpd of the crude during 2018.

(Reporting by Collin Eaton in Houston, Marianna Parraga in Mexico City and Isla Binnie in Madrid; Editing by Tom Brown)