By Norihiko Shirouzu YOKOHAMA, Japan (Reuters) - Nissan Motor Co Ltd investigators are examining former Chairman Carlos Ghosn's use of an internal 'CEO Reserve' fund and the role of subsidiaries in the Netherlands and other countries as part of a probe into alleged financial misconduct, two people with knowledge of the inquiry told Reuters. Ghosn and close associates spent money from a fund that some insiders dubbed 'the CEO Reserve' to help pay for residences used by the Ghosn family as well as for other personal expenses, the people said. Investigators are separately checking whether capital from some subsidiaries was also used to pay for Ghosn family residences and whether such payments were split into small chunks to escape checks by internal financial staff and auditors, they added. 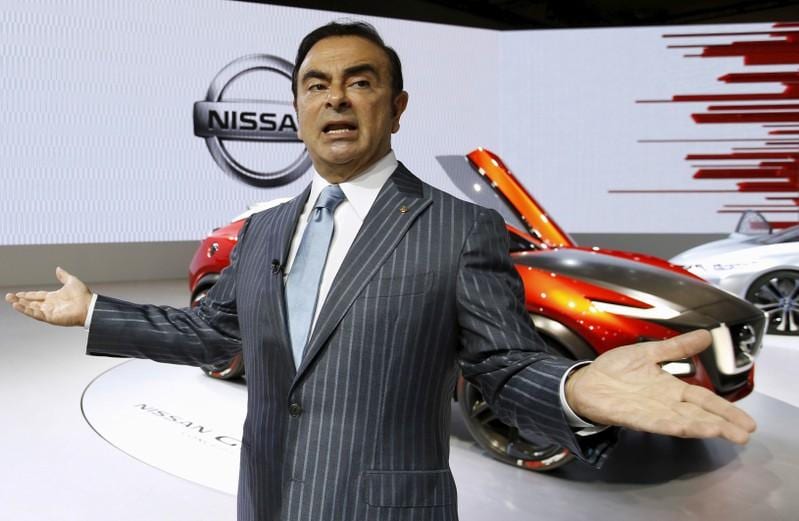 YOKOHAMA, Japan (Reuters) - Nissan Motor Co Ltd <7201.T> investigators are examining former Chairman Carlos Ghosn's use of an internal 'CEO Reserve' fund and the role of subsidiaries in the Netherlands and other countries as part of a probe into alleged financial misconduct, two people with knowledge of the inquiry told Reuters.

Ghosn and close associates spent money from a fund that some insiders dubbed 'the CEO Reserve' to help pay for residences used by the Ghosn family as well as for other personal expenses, the people said.

Investigators are separately checking whether capital from some subsidiaries was also used to pay for Ghosn family residences and whether such payments were split into small chunks to escape checks by internal financial staff and auditors, they added.

The existence of the fund and the investigators' scrutiny of how the subsidiaries' capital was used is being reported by Reuters for the first time.

The two sources with knowledge of the inquiry declined to be identified as Nissan has not publicly disclosed details of the probe.

Nissan spokesman Nick Maxfield said the Japanese automaker was still looking into the nature and extent of what it calls the misconduct by Ghosn. "We are unable to comment on the specifics of the ongoing investigation at this time," he said.

Ghosn has denied wrongdoing, according to media reports. His lawyer in Tokyo, Motonari Otsuru, was unavailable for comment on this article, according to a person who answered the phone at his law office.

In response to questions from Reuters about the CEO Reserve fund and other issues, two Ghosn representatives in the United States said they were unable to comment because they were not sufficiently familiar with the details.

Nissan fired Ghosn as chairman on Nov. 26, a week after he was arrested by Japanese prosecutors, accused of conspiring to understate his compensation by about half of the 10 billion yen ($88 million) awarded over five years from 2010. He was indicted this week and remains in detention.

Until recently one of the auto industry's most celebrated executives, Ghosn was seen as the anchor of Nissan's alliance with Renault SA

One focus of the probe is whether payments for the multi-million dollar residences were split by associates close to Ghosn into one million dollar chunks and then processed through a Nissan unit in the Netherlands called Zi-A Capital BV and its subsidiaries, which had been set up to invest in tech startups, one of the people said.

Reuters was not able to verify who was in charge of making the payments.

Done that way, the transactions may have escaped the attention of finance people within Nissan, Nissan's auditors and employees affiliated with the Nissan-Renault alliance, the people said.

"Why would (internal financial staff) go in and check one-million-dollar transactions in a subsidiary five, six levels or layers down and away from the global headquarters? They wouldn't do that," one individual familiar with the inquiry said.

"Especially when amounts are less than one million dollars," the individual said.

Ghosn's legal defence partly rests on the assertion that his compensation arrangements were vetted internally and by outside consultants, people familiar with the matter said. They did not identify the Nissan staff and external consultants who were in charge of the vetting.

The former Nissan chairman is prepared to argue that properties spanning cities across the globe were purchased by Nissan as corporate housing, these people said.

His co-defendant, former representative director Greg Kelly, who has been accused by prosecutors of conspiring with Ghosn about his compensation, has denied the allegations. Kelly's lawyer, Yoichi Kitamura, said he was unaware of the content of Nissan's internal probe and was confident his client will be cleared of the charges brought against him.

Zi-A Capital BV was registered in the Netherlands as a company by Nissan Motor on Dec. 10 2010 with Kelly and Ghosn named as two of four directors at the time. Ghosn, who was also CEO, left as a director on Nov. 2, 2011, according to a company profile available with the Dutch Chamber of Commerce.

The role of two of Zi-A Capital BV's subsidiaries, Zi-A Capital Ltd in Dubai and Hamsa Holdings Ltd in the British Virgin Islands, are also being checked by investigators, one of the people with knowledge of the probe said.

Zi-A Capital BV is currently wholly owned by Nissan Motor Parts Center BV in the Netherlands, which is a unit of Nissan Automotive Europe SAS in France, which in turn is a wholly owned unit of Yokohama-based Nissan Motor.

Since investments in technology startups are generally considered confidential, the subsidiaries did not attract much attention from internal financial staff, the sources with knowledge of the probe said.

Nissan's auditor, Ernst & Young ShinNihon LLC, questioned the automaker's management several times, chiefly around 2013, about purchases of overseas luxury homes for Ghosn’s personal use and of stock-appreciation rights that were conferred on him, a person with direct knowledge of the matter has said.

But the Japanese automaker said the transactions and financial reporting were appropriate, the source told Reuters on condition of anonymity.

Nissan declined to comment. A representative for Ernst & Young ShinNihon LLC could not immediately reached for comment. A spokesman for the auditor has previously said he could not comment on specific cases when asked about the matter.

The CEO Reserve was set up to pay for unplanned business needs and could at times contain 'a few hundred million dollars', one of the people with knowledge of the inquiry said.

"For example, if you have an autonomous drive company you'd want to buy right now, you'd use that budget," the second person with knowledge of the matter said.

According to one of the people, the team is reviewing "a mountain" of receipts and other financial records to see if purchases of residences in Rio de Janeiro, Beirut and Paris as well as expenses such as a yacht club membership and a donation to a college had been approved and paid for properly.

One of the apartments in Rio de Janeiro has been the subject of a heated legal dispute between Nissan and Ghosn, with Nissan losing a battle to block Ghosn and his family from accessing the apartment. Nissan had argued that access could result in the destruction of evidence of crimes.

Ghosn used the CEO Reserve to also pay for family vacation trips, utilities and even potato chips, one of the people with knowledge of the probe said.