By Pratima Desai LONDON (Reuters) - Years after sweeping reform aimed at eliminating logjams in warehouses that collect rent for storing metal, a firm is preventing companies from getting material when they need it from a Malaysian port, five sources close to the matter said. The firm, ISTIM UK, is controlled by the Whelan family, founders of major warehousing company Metro 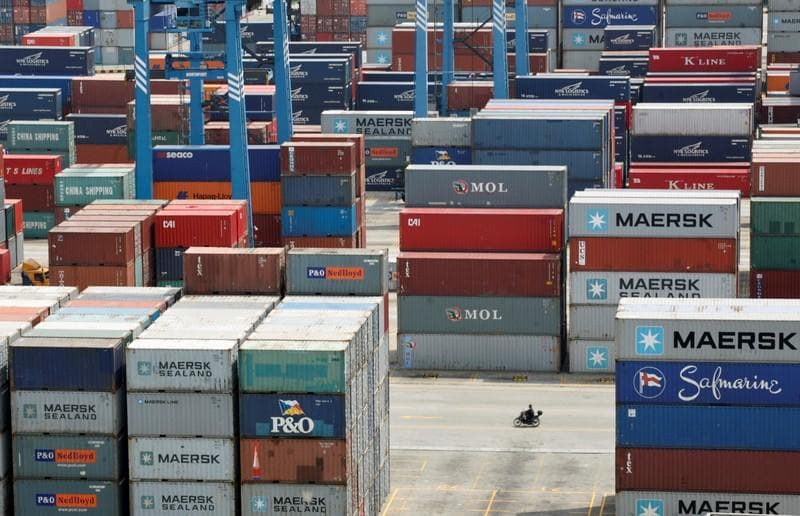 LONDON (Reuters) - Years after sweeping reform aimed at eliminating logjams in warehouses that collect rent for storing metal, a firm is preventing companies from getting material when they need it from a Malaysian port, five sources close to the matter said.

The firm, ISTIM UK, is controlled by the Whelan family, founders of major warehousing company Metro. By 2014, near two-year queues had developed to take aluminium out of Metro's depots in Detroit.

In 2016, a U.S. federal judge dismissed nationwide litigation by aluminium consumers who accused banks and traders of hoarding metal in London Metal Exchange (LME) warehouses, driving up the prices of industrial products.

But the complaints from consumers and commodity traders about queues eventually prompted the LME to usher in new rules to speed up delivery, crimping profits at warehousing companies.

Now, agreements between ISTIM and others, including commodity trading giant Trafigura, to attract metal into storage and share rental income are creating profit from the LME system.

There is no suggestion of any illegal behaviour.

Metal entering the LME's global warehouse storage network, made up of more than 500 warehouses in 35 locations, is issued with a title document. That metal is then "on LME warrant".

When consumers want to take metal out of storage, the warrant is cancelled - earmarking it for delivery.

Cancelled metal cannot be shipped until it is scheduled, a process in which the owner specifies destination, arranges transport and customs clearance.

Once scheduled, metal can be delivered, join a queue or be unscheduled at a later date.

The sources told Reuters that some companies wanting to take aluminium out of ISTIM warehouses in Port Klang, Malaysia, are told they must wait, as metal cancelled by others is scheduled and awaiting shipment.

"You cancel metal because you need it. A queue suddenly appears, you can't wait so you re-warrant the metal. For that privilege you have to pay a minimum of $5 per tonne. You then go somewhere else," a metal industry source said.

ISTIM's website shows charges for re-warranting in Port Klang range between $5 and $9 a tonne.

"A lot of people have given up trying to take metal out of ISTIM Port Klang," the source said.

LME queue numbers are monthly, based on the last business day of the period. Any queues that build up and recede during the month will not show in the exchange's data.

"The LME has been publishing warehousing queue data publicly on its website since 2014, so metal owners have visibility over waiting times, if any," the LME said in a statement.

"We would therefore expect any metal owner who is trying to take metal out of an LME warehouse and unable to do so within the published queue times, to contact the LME in order for this to be investigated. The LME is not currently aware of any such issues in this regard."

Stocks climbed during the year. Data for December shows metal under LME warrant held by ISTIM warehouses in Port Klang jumped to 478,950 tonnes from 372,150 tonnes in November.

Globally, ISTIM warehouses held 590,885 tonnes of metal or nearly 30 percent of the total in LME-approved warehouses at the end of last year, the data shows.

Its daily rents range between 47 and 59 cents per tonne for LME warranted metal, depending on the location and metal.

The rent on nearly 600,000 tonnes of metal using a ballpark 55 cents would total about $330,000 a day and run into millions over a year even if the numbers remained static.

Sources say ISTIM's Port Klang LME stocks have leapt since February 2018, because of rent-share deals and because it has been paying above market incentives of around $70 a tonne, double the levels others are paying in Malaysia.

Incentives and rent-share deals are used to attract metal by warehouse firms that rely solely on rental income because they do not offer the whole range of logistics services including handling, chartering, and packing and customs clearance.