By Aftab Ahmed and Swati Bhat NEW DELHI/MUMBAI (Reuters) - The Reserve Bank of India is looking at diversifying its foreign exchange reserve investments amid the fall in global interest rates caused by the COVID-19 pandemic, according to two government sources aware of the development. The RBI's foreign exchange reserves stand at a record $560.63 billion. 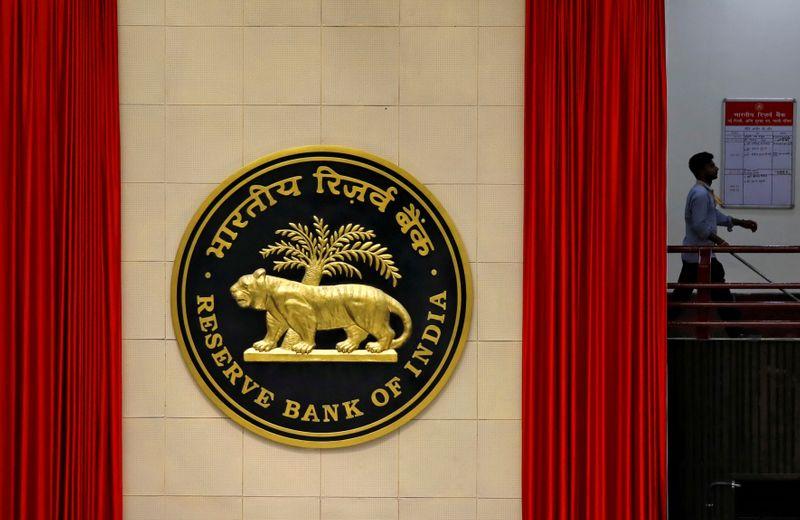 By Aftab Ahmed and Swati Bhat

pandemic, according to two government sources aware of the development.

As a result, the RBI is likely to increase its gold investments, as well buying dollars and exploring investing in AAA-rated corporate bonds for the first time, said the sources, who declined to be named due to the sensitivity of the issue.

"The RBI is likely to continue to buy dollars. The problem is the dollar deployment and getting good returns," one of the officials said.

The official added that the RBI was studying the possibility of investing in AAA-rated corporate dollar bonds, which offer better returns than sovereign credit. Such investments have not been made in the past, so the central bank would move carefully.

Foreign investors have continued to pour money into the Indian stock market because of its stronger returns. Foreign direct investment flows, particularly towards Reliance Industries

Traders say the RBI has been intervening heavily in the spot market to prevent appreciation of the rupee, in turn adding to its reserves.

"The government is comfortable with current rupee levels. It needs to be competitive to help provide an export boost," the official said.

A second source said dollar buying intervention will continue as both the RBI and the government are comfortable with a 73-75 per dollar range on the local currency.

Despite a contraction in gross domestic product expected in the current fiscal year to March 2021, foreign flows have remained healthy.

"Our 10-year yield is still at around 6% compared to near zero and negative interest rates globally, so we will see inflows continuing and RBI will keep buying dollars to prevent rupee appreciation," the second source said.

The RBI has already started increasing its investment in gold gradually, the sources said.

Gold reserves stand at $36.86 billion as on Oct. 23 compared with $30.89 billion at the end of the last fiscal year in March, though a large part of this increase can also be attributed to valuation changes.