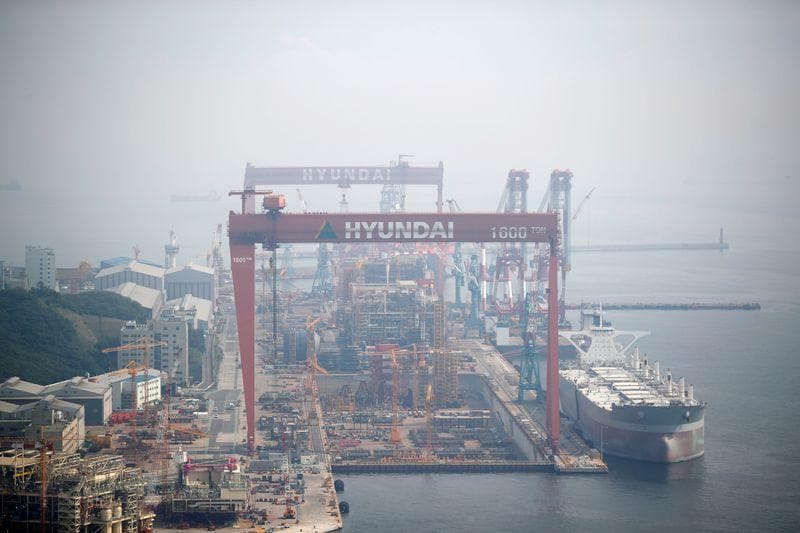 Hyundai in January announced the deal to create the world's biggest shipbuilder with a 21 percent market share, in part a response to over-capacity in the industry.

The European Commission will launch an investigation into the deal next week following a preliminary review which ends on Dec. 17, the people said.

A full-scale investigation can take up to five months and in most cases ends with companies forced to sell off assets or transfer technology or contracts to rivals to address competition concerns.

The EU competition enforcer declined to comment. The deal also requires regulatory clearance in South Korea, Singapore, China and Japan. Kazakhstan has already given the green light. Hyundai last week said it was working with Singapore's regulators to allay their concerns.

"We will do our best to get approval without any problems," a Hyundai Heavy Industries spokesman said on Monday. State-funded Korea Development Bank (KDB)

Hyundai is seeking to convince EU regulators to take into account the competitive threat from the merged China Shipbuilding Industry Corp (CSIC) and China State Shipbuilding Corp Ltd, other sources said previously, an entity with sales more than three times its own.

The two Korean shipyards have said they will compete independently after merging, with each company able to negotiate their own contracts with customers and suppliers.