By Marc Jones, Huw Jones and Dhara Ranasinghe LONDON (Reuters) - The European Central Bank is concerned about the risk of systemic problems if efforts to reform Euribor, one of the bank-to-bank lending benchmarks caught up in a global rate-rigging scandal, get torpedoed. Authorities around the world are overhauling money market rates to prevent manipulation happening again. 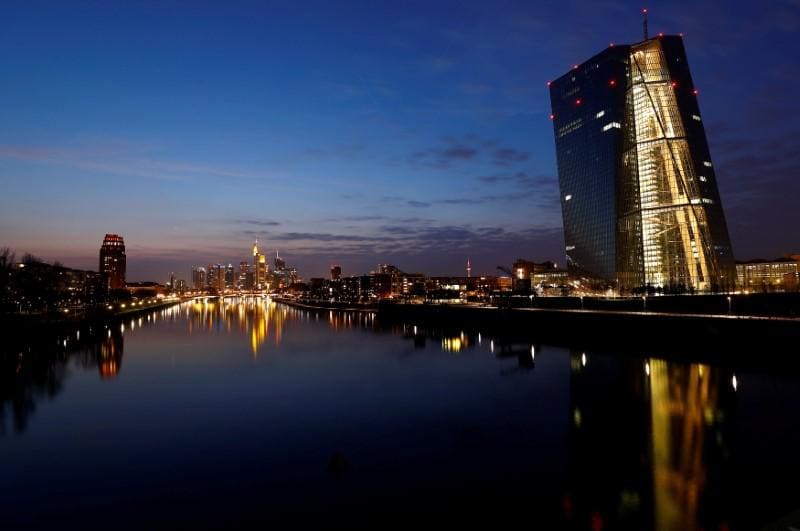 LONDON (Reuters) - The European Central Bank is concerned about the risk of systemic problems if efforts to reform Euribor, one of the bank-to-bank lending benchmarks caught up in a global rate-rigging scandal, get torpedoed.

Authorities around the world are overhauling money market rates to prevent manipulation happening again. But their widespread use in financial contracts from mortgages to derivatives is making the switch to alternatives a slow process.

Time is now getting tight, especially in Europe, where the European Commission wants either completely new, or revamped rig-proof versions of Euribor and 'overnight' EONIA rates in place by the start of 2020.

"We are dealing with a problem where we have a regulation that will kick in in 2020, which is less than 18 months away," said ECB Deputy Director General of Market Operations, Cornelia Holthausen.

"So I really think we have to hope for the best for Euribor reform, so that we don't have a systemic problem in January 2020."

The euro zone faces an added challenge compared with the United States or Britain as it is also facing a 2020 deadline for overhauling the single currency area's overnight rate EONIA, which regulators say must be scrapped.

The aim of the twin-track reform is to prevent the 131 trillion euros ($153.2 trillion) of derivatives and 5.3 trillion euros of loans that it is estimated will still reference them in 2020 from being thrown into chaos.

The ECB has been forced to come up with its own alternative to EONIA called ESTER, one of three options that a market-based committee will choose.

ESTER would not be ready for use until late 2019, just months before EONIA is killed off, though the market is still hoping for a temporary stay of execution.

"I do feel that many banks are pretty complacent and they think the public sector will solve the issue for them," the ECB's Holthausen said.

Finding a replacement for Euribor, which covers the longer 1-week to one-year part of the interbank lending market, looks even more problematic given the fewer number of transactions.

Euribor's administrator, the Brussels-based European Money Markets Institute (EMMI), is testing the use of actual trades rather than the current banker-estimate based system that made such benchmarks vulnerable to being rigged.

There is a hybrid option too where mathematical calculations are used to bolster the sample, but the risk is that the Belgian national regulator which oversees EMMI, judges that it is still to easy to tamper with to win approval for use going forward.

And even if it does get authorised, banks may be too worried about potential future litigation to keep submitting data for compiling Euribor.

Although Britain is undergoing a simpler switch by replacing sterling-denominated Libor with the Bank of England's overnight rate SONIA, change is still too slow for British regulators.

Holthausen said that it would be "almost impossible" to find and implement an alternative to Euribor before 2020.

A sudden disappearance without an authorised replacement could cause major market stress.

It is estimated that by the end of 2019, 77 percent of the derivatives linked to EONIA will have expired but only 46 percent of those linked to Euribor would have done so.

According to a report from the Bank of Spain last year, some 85 percent of the balance of mortgages in the country - the euro zone's fourth-largest economy - used Euribor as a key interest rate benchmark.

"In the UK and the U.S. they have started this work two years or so ago, and they haven't agreed on a solution."

"So we are not likely to have in place an alternative to Euribor for the euro area either in the next 17 months, so that is why I think it is very important that the reform is successful," Holthausen said.

It is not just the ECB sounding the alarm. A number of government debt agencies say their chief concern at the moment is just how smooth the transition to any new or revamped money market rates will be.

Cristina Casalinho, head of Portugal's debt management agency, said her focus was on any potential Euribor replacement and the general impact of rate reform on interest rate swaps - used to exchange one form of future interest payment for another.

"We need to see how smooth the transition will be, what implications it will have on pricing and in our systems with respect to valuation," she said, referring to the pricing and valuation of existing contracts and new ones.

Limited or sporadic trading volumes are another problem. Derivatives body ISDA last week laid out some possible 'fall-back' rates in case Euribor and Libor ceased to exist before alternatives have bedded down.

One of the big worries is that the "ibors" have become so toxic since the rigging scandals that banks no longer want to be associated with them, though they have agreed to keep submitting quotes for Libor in Britain until the end of 2021.

Global authorities have fined banks and brokerages about $9 billion and charged roughly 30 people over rate-rigging allegations so far.

Last week a French former trader with Barclays was the latest to be convicted after being found to have helped mastermind a five-year plot to manipulate Euribor between 2005 and 2009.