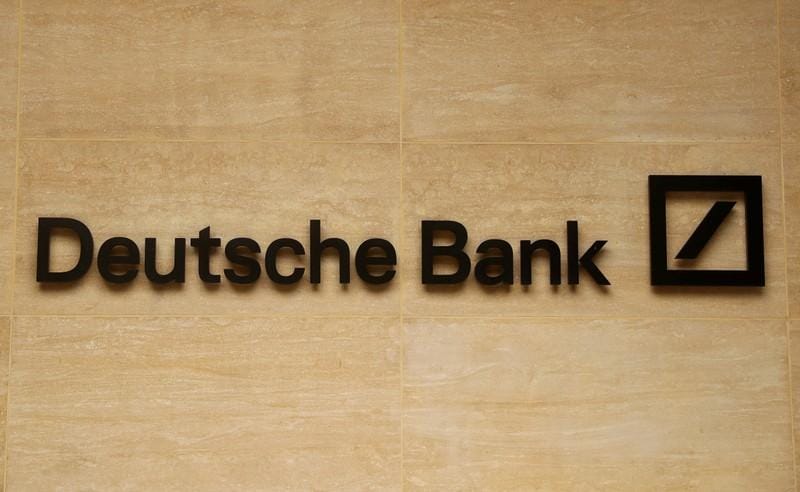 The opportunity cost of holding the assets, which has not been previously reported, underscores the challenges facing Chief Executive Christian Sewing as he attempts to turn around the bank and restore confidence among investors who have seen the value of their shares decline by 75% in the past four years.

Sewing said earlier this month that Deutsche, Germany's largest lender, would set up a bad bank to house the assets, which include equity, credit and interest-rate derivatives. The bank said it wants to offload most of its derivatives by 2020. Executives managing the book can either sell positions or allow them to gradually wind down over time, depending on which is more profitable.

The bank is planning an auction of its short-dated equity derivatives book, having already received "significant expressions of interest," the sources familiar with the matter said. However, its long-dated interest rate and credit derivatives are expected to be much harder to offload, the sources said. Deutsche Bank has held on-and-off talks with potential buyers of some of those assets over the past two years, three people said. The sales did not happen because the prices offered would have resulted in hundreds of millions of euros in losses for the bank, they said.

The bank's decision to maintain the derivatives, rather than sell them at current market values, was strategic, Group Treasurer Dixit Joshi told Reuters Tuesday. He declined to comment on the 500 million euro figure.

"The metric we look at is how much capital are we freeing up from the capital release unit, net of any costs attached to that," he said. "At the end of the process, the CRU (capital release unit) will release substantial capital that allows us to undertake the restructuring."

The derivatives themselves are not creating losses, but global regulations introduced following the financial crisis have forced the bank to hold more capital against them, which means Deutsche Bank cannot use those dollars for more profitable investments, the people said. The 500 million euro figure is measured by how much the capital requirement is dragging on Deutsche Bank's return on tangible equity, the people said. It is a key measure of how much profit a bank generates from shareholder funds. Derivatives profits are often booked in their entirety when trades are made. But the assets sit on a bank's books for the duration, meaning the bank must hold capital against them and take gains or losses as markets affect values.

"NO NEED FOR A FIRE SALE"

Deutsche Bank's derivatives plan is part of a broader restructuring, in which it will shed 18,000 jobs worldwide.

The full extent of the bank's derivatives exposure is still being assessed as the bank examines each position being placed in the bad bank, said the people, who include senior Deutsche Bank staff in New York and London.

It is doubtful that the bank would be able to sell the positions in their entirety without taking a large write-down requiring the bank to raise capital from shareholders, the three people said.

When it announced its restructuring plan, Deutsche Bank declined to comment on the likely cost of offloading problem assets. However, it categorically ruled out a capital raise.

"We're confident we will fund our transformation within our existing resources," Joshi told Reuters.

Deutsche Bank has already done four capital raises totalling 29.3 billion euros since 2010. It is uncertain investors would be willing to pony up yet more cash.

Sewing hopes to free up capital that can be returned to shareholders while retaining profitable businesses such as transaction banking. The bank wants to begin returning 5 billion euros of capital to shareholders in 2022.

Deutsche Bank has said that its capital levels will fall while it winds down assets in its bad bank and has regulatory approval for its common equity to drop from its current level of just over 13.5% to 12.5%. It is unclear if its supervisors would tolerate a decline below that.

Joshi said the bank can avoid deep discounts in shedding the derivatives. "We have no need for a fire sale given the quality of the assets and the run-down profile," he said.

Many investors remain sceptical.    "They are not in a position to mark these things down and sell them off because they don't have the capital to spare and it's not clear where the next capital injection will come from," said Ali Miremadi, portfolio manager at shareholder GAM. "Really, they have no choice but to sit there and wait for them to unwind."