By Harry Brumpton and Joshua Franklin (Reuters) - Constellation Brands Inc, the U.S. producer of Corona and Modelo beers, is looking to sell some of its U.S.-based wine brands, in a deal that could be worth more than $3 billion, according to four people familiar with the matter. Constellation's review of its wine portfolio underscores the family-controlled company's gradual shift to beer and cannabis products that target a younger demographic. 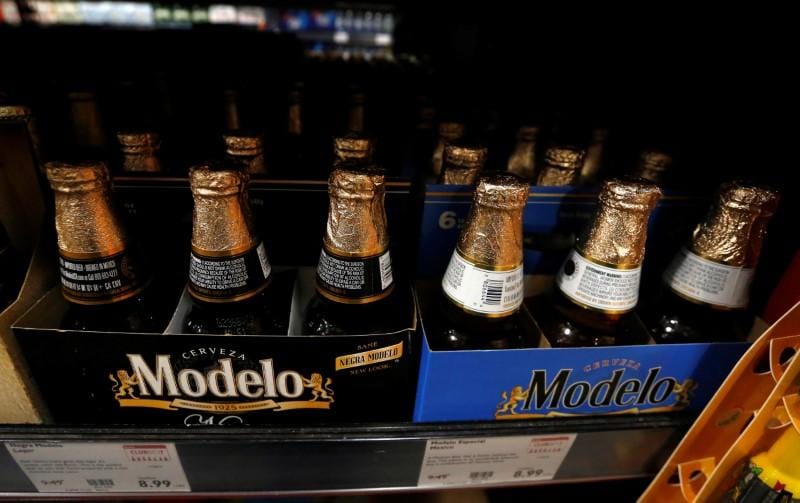 By Harry Brumpton and Joshua Franklin

(Reuters) - Constellation Brands Inc, the U.S. producer of Corona and Modelo beers, is looking to sell some of its U.S.-based wine brands, in a deal that could be worth more than $3 billion, according to four people familiar with the matter.

Constellation's review of its wine portfolio underscores the family-controlled company's gradual shift to beer and cannabis products that target a younger demographic. Founded as a small wine producer in upstate New York in 1945, Constellation has grown to be worth more than $40 billion thanks to bets on offerings such as premium imported Mexican beers.

Constellation, the third-largest brewer in the United States behind Anheuser-Busch NV and MillerCoors, has hired investment bank Goldman Sachs Group Inc to explore the divestitures, the sources said on Monday.

The sources cautioned that no deal was certain and asked not to be identified because the matter is confidential.

"We continue to focus on driving growth organically and through acquisition and innovation at the higher end of our wine & spirits portfolio, which has consistently grown three- to four-times the U.S. market rate," a Constellation spokesman said in an emailed statement.

"We are also considering a variety of potential actions to optimize value at the low end of our portfolio, so we can direct our growth efforts and investment dollars more fully towards our focus brands," the Constellation spokesman added in the statement.

Constellation announced last week that its chief executive of 11 years, Rob Sands, would step down in March, handing the reins over to President and Chief Operating Officer Bill Newlands.

Wine accounted for 38.6 percent of Constellation's consolidated net sales of $7.6 billion in the 12 months to the end of February, down from 44.7 percent of net sales two years ago.

The company's beer business, on the other hand, has continued to grow. Constellation said this month that its portfolio of international and craft beer brands was the top market share gainer in the U.S. beer industry in the second quarter of this year, partly thanks to younger drinkers who continue to shun domestic beers.

The Modelo brand has delivered a compounded annual growth rate of nearly 20 percent in the last five years, Sands said this month on a company earnings call.

Meanwhile the company has also been expanding in the legal marijuana industry, splashing out $3.8 billion in August to boost its 10 percent stake in a Canadian seller of marijuana products Canopy Growth Corp to 38 percent.

This would not be the first time Constellation has explored divesting some wine brands. In 2016, it agreed to sell its Canadian wine business to Ontario Teachers’ Pension Plan for about C$1.03 billion ($775 million).