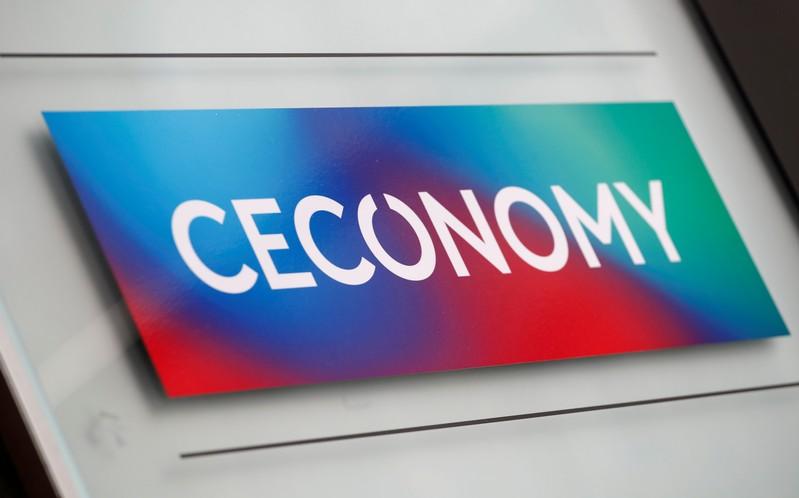 By Matthias Inverardi and Arno Schuetze

DUESSELDORF (Reuters) - Germany's Ceconomy, Europe’s biggest consumer electronics group, is in talks to resolve a long-running dispute with a major shareholder of subsidiary Media Saturn, people close to the matter said on Monday.

Under the transaction being discussed, the holding of the Kellerhals family, Convergenta, would swap its stake in the jointly held Media Saturn for a 25% stake in Ceconomy and get a cash payment on top, the sources said.

The Ceconomy shares would come from a capital increase in kind, with the total share and cash deal worth roughly 1 billion euros ($1.10 billion), the sources said.

Ceconomy’s shares briefly reversed earlier losses, rising as much 4.9% after the Reuters story was published before settling back to trade almost flat at 1040GMT.

Analysts have speculated that settling the dispute could allow Ceconomy to pursue a more aggressive acquisition strategy, with the European consumer electronics market seen as ripe for a shake-out due to competition from online players like Amazon.

Ceconomy, which split off from retail conglomerate Metro in part to allow it to become more active in acquisitions, took a 24 percent stake in French rival Fnac Darty in 2017.

Kellerhals died in 2017, prompting his heirs to attempt to resolve the dispute.

Sources close to the talks said the two sides were discussing the possibility of merging Ceconomy and the Media-Saturn holding group, in which Kellerhals' investment firm Convergenta holds a 21% stake.

A Ceconomy spokeswoman declined to comment beyond pointing to an earlier comment by Chief Executive Joern Werner, who said he was holding very constructive talks with the Kellerhals family and trying to put their past problems behind them.