By Michael Erman and Robin Respaut NEW YORK/SAN FRANCISCO (Reuters) - Novartis AG and Bayer AG are among nearly 30 drugmakers that have taken steps to raise the U.S. 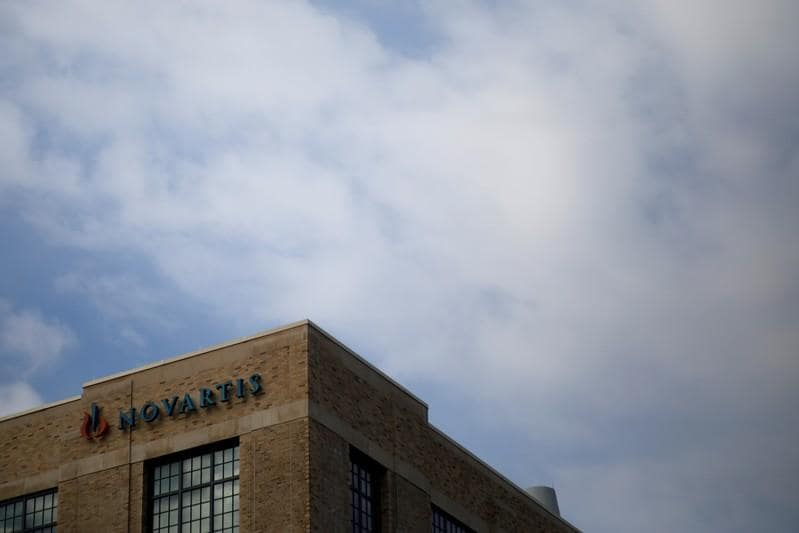 By Michael Erman and Robin Respaut

The hikes will pose a new challenge to President Donald Trump's pledge to lower the costs of prescription medications in the world's most expensive pharmaceutical market.

The U.S. Department of Health and Human Services (HHS) has proposed a slew of policies aimed at lowering prices and passing more of the discounts negotiated by health insurers on to patients. Those measures are not expected to provide relief to consumers in the short-term, however, and fall short of giving government health agencies direct authority to negotiate or regulate drug prices.

Twenty-eight drugmakers filed notifications with California agencies in early November disclosing that they planned to raise prices in 60 days or longer. Under a state law passed last year, companies are required to notify payers in California if they intend to raise the U.S. list price on any drug by more than 16 percent over a two-year period.

The details were provided to Reuters in response to a public records request to California Correctional Health Care Services, which provides healthcare services to the state's corrections department. The department spends more than $3 billion annually on drugs for inmates, more than any other state.

"Requests and public shaming haven't worked" to lower drug prices, said Michael Rea, chief executive of RX Savings Solutions, which helps health plans and employers seek lower cost prescription medicines. "We expect the number of 2019 increases to be even greater than in past years."

Pfizer Inc rolled back planned price increases in July after President Trump said in a tweet that the drugmaker "should be ashamed" and that his administration would respond to the hikes.

Pfizer said it would defer hikes until January 2019 to support the administration as it pursued its new pricing policies. Pfizer's move prompted many of its industry peers, including Bayer, Novartis, Allergan, AstraZeneca and Amgen, to follow suit.

Drug price increases implemented by the 20 biggest drugmakers did slow down during the second half of 2018, with those companies raising prices on just over half the number of drugs as in 2017, according to data compiled by consultancy RX Savings Solutions.

Pfizer has already announced plans to hike prices on 41 of its drugs in mid-January.

The California corrections department documents indicate that the companies plan to increase prices as early as Jan. 1. Most do not detail for which drugs or by how much, but specific details were given in the case of Novartis and Bayer.

Novartis is planning to raise prices on more than 100 indications of over 30 different drugs in January, the documents show, with increases ranging from 4.5 percent to 9.9 percent. Drugs on the list are expected to account for more than $20 billion of Novartis' revenue this year and include multiple sclerosis drug Gilenya, psoriatic arthritis treatment Cosentyx, and leukemia treatment Tasigna.

The list also includes Diovan, the brand name version of blood pressure treatment valsartan, generic versions of which are currently in shortage after a potential carcinogen was detected in active ingredients made in China, prompting widespread recalls.

Novartis spokesman Eric Althoff said the company plans to raise U.S. list prices on 14 percent of the medicines it sells in the country in 2019, for an average increase of 4.7 percent on those drugs.

"Our rebates and discounts, however, continue to grow even faster," Althoff said. As a result, the company expects a net price decrease of nearly 5 percent across the whole U.S. portfolio, he said.

Over the last three years, net price decreases for its U.S. business have ranged from 2 percent to 2.6 percent, the company said.

Bayer filed notifications with California agencies to increase prices on six of its drugs in January, many of which are birth control products. Most of these price increases are 5 percent.

Bayer said that the U.S. wholesale price of its products are not representative of what most consumers pay and that "list price increases are expected to be offset by higher rebates and discounts paid to insurance companies and pharmacy benefit managers."

Amgen did not respond to requests for comment. AstraZeneca and Biogen declined to comment for this story.

GSK would not give details about its specific price increases, which are set to take effect on or around Jan. 1 and could change before then. Allergan said that all of its price increases will be aligned with its pledge made in 2016 to limit drug price increases on its products to less than 10 percent annually.

The United States, which leaves drug pricing to market competition, has higher drug prices than in other countries where governments directly or indirectly control the costs, making it the world's most lucrative market for manufacturers.

Lowering prescription drug prices was a top priority in Republican Trump's 2016 presidential campaign. Rival Democrats are expected to step up congressional scrutiny of drug price hikes next year after gaining control of the U.S. House of Representatives in elections in November.

"Drug companies raising their prices and offsetting them with higher rebates benefits everyone but the consumer," HHS spokeswoman Caitlin Oakley said in a statement.

Trump and HHS Secretary Alex Azar "remain committed to lowering drug prices and reducing out of pocket costs, and will continue to take bold action to restructure this broken market," she said.

(Reporting by Michael Erman in New York and Robin Respaut in San Francisco; Editing by Michele Gershberg and Sonya Hepinstall)