By Pamela Barbaglia and Stephen Jewkes LONDON/MILAN (Reuters) - Italian engineering firm Trevi has chosen Bain Capital Credit for a rescue deal worth more than 900 million euros ($1.06 billion), four sources told Reuters. Trevi has done foundation work on the New Library of Alexandria in Egypt, the Tower of Pisa and the sphinxes of Abu-Simbel and is now working on shoring up Iraq's Mosul Dam. But it has become mired in debt which has forced it into a sale 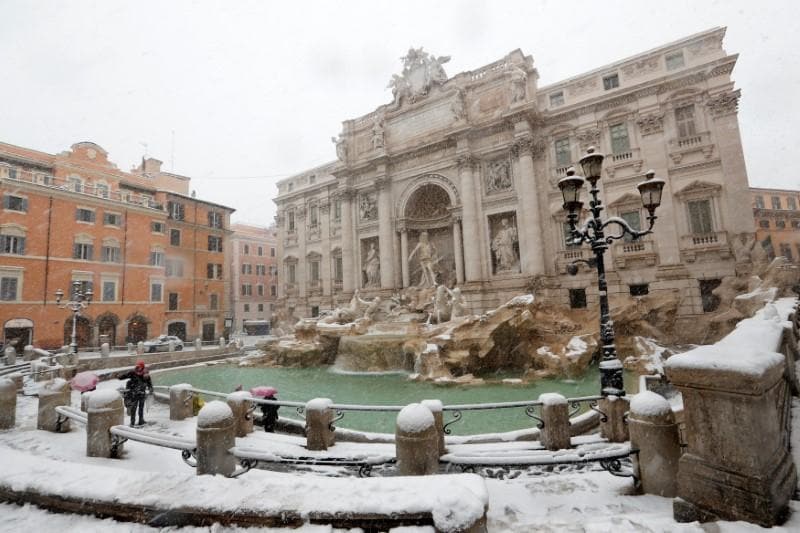 By Pamela Barbaglia and Stephen Jewkes

Trevi has done foundation work on the New Library of Alexandria in Egypt, the Tower of Pisa and the sphinxes of Abu-Simbel and is now working on shoring up Iraq's Mosul Dam. But it has become mired in debt which has forced it into a sale.

Based in the northern Italian city of Cesena, Trevi has been hit by a slowdown in the oil and gas industry and a construction downturn, forcing it to restructure its debt, which has risen due to its capital-intensive business model.

In a statement late on Wednesday Trevi said it was in talks with Bain Capital Credit for a possible deal regarding all of its debt. To date there was no commitment or exclusivity, it added.

Bain Capital Credit and Sound Point Capital were not immediately available for comment, while Quattro R declined to comment.

As part of its rescue deal, Bain will issue 150 million euros of new debt to keep the company afloat, the sources said.

Bain, which is being advised by Mediobanca, will deploy "super senior bonds" which put holders at the top of the pecking order for repayment. Its proposal also involves a partial conversion of Trevi's debt into financial instruments other than shares, the sources said.

This is aimed at preserving Trevi's existing ownership structure, with the Trevisani family remaining its top investor through their holding vehicle Ifit, with a 32 percent stake.

CDP has a 16 percent stake, while the third largest investor is U.S. fund Polaris Capital Management with 10 percent.

Trevi has 765 million euros of gross debt, one of the sources said, adding Bain has pledged to reduce the company's leverage ratio to three times its earnings before interest, taxes, depreciation and amortization (EBITDA) by 2019.

Two of the sources said investors were split on selecting a buyer, adding that Sound Point Capital had made a debt and equity proposal involving a 100 million euro capital increase aimed at cutting Trevi's leverage ratio to 2.5 times EBITDA by 2019.

This plan was positively received by some investors and could eventually be resurrected if Bain fails to deliver on its promised turnaround, one of the sources said.

Polaris, which was not available for comment, recently contacted Trevi to express concern about any deal that would increase the overall debt load, a letter seen by Reuters shows.

The U.S. fund said it would not back Bain's proposal, siding instead with Sound Point Capital as it envisaged raising equity.