By Daina Beth Solomon MEXICO CITY (Reuters) - Amazon.com Inc is scouting for land in central Mexico for a fourth distribution center in the country, sources said, aiming at a bigger slice of the burgeoning e-commerce market in Latin America's second-largest economy. 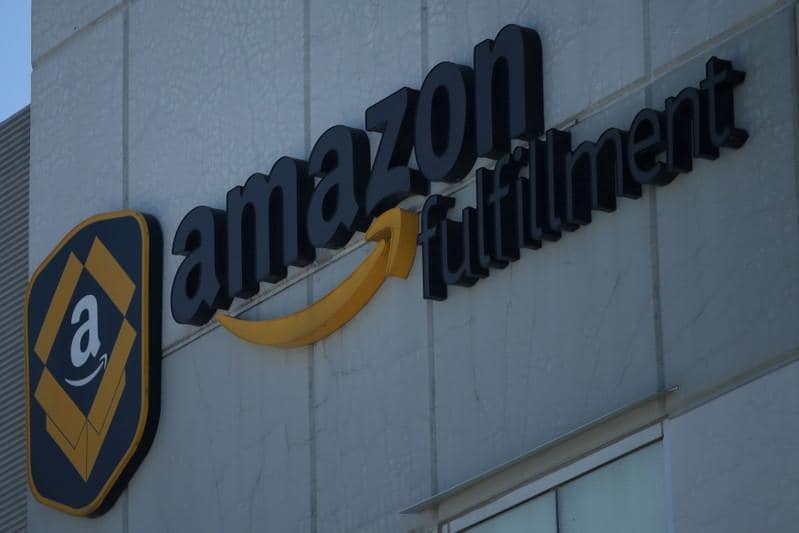 MEXICO CITY (Reuters) - Amazon.com Inc is scouting for land in central Mexico for a fourth distribution center in the country, sources said, aiming at a bigger slice of the burgeoning e-commerce market in Latin America's second-largest economy.

The retail titan's target is Queretaro state in the industrial center of Mexico, where it is looking to hire a developer to build a large hub, two real estate professionals familiar with Amazon's property hunt said. They asked not to be named because Amazon has not announced its plans.

The expansion plan highlights Amazon's intent to plant roots beyond Mexico's bustling capital, banking on the nation's potential to grow into an e-commerce engine of Latin America.

Online shopping in Mexico comprised just 3.0 percent of total sales last year, according to market research firm Euromonitor International, but it is projected to more than double by 2022, reaching $14 billion.

"Mexico's digital economy has great potential. We expect it to keep growing in the future," said Brian Huseman, Amazon's vice president for public policy, at a recent event in Mexico City promoting efforts to get more Mexican companies on its platform.

"Amazon is here for the long run," he said.

The company has considered several properties in Queretaro, and was looking for 50 acres where it could commission a more than one million-square-foot warehouse, about the size of 17 football fields, plus office space, one of the sources said.

Queretaro, 114 miles north of Mexico City, is within a day's reach of Monterrey and Guadalajara, two of Mexico's most populous regions. It also sits in a cluster of middle-class cities in the Bajio, a region dense with automotive and aerospace plants.

Most of the state's industrial parks sit along the so-called "NAFTA highway," a key artery for companies in Mexico receiving goods from the United States and Canada under the North American Free Trade Agreement. An updated pact was agreed last month and is expected to preserve cross-border commerce once it becomes law.

The parks are also within several miles of the Queretaro Intercontinental Airport that handles cargo.

Amazon's expansion to Queretaro would be part of the company's bid to reel in shoppers with fast deliveries while keeping a lid on shipping expenses.

"It's all about speed to market and keeping costs low," said Marc Wulfraat, president of logistics consultancy MWPVL International Inc.

Amazon, which began selling physical goods in Mexico in 2015, already operates three warehouses just outside Mexico City with about 1.5 million square feet. That space is equivalent to just 1.0 percent of its vast U.S. logistics footprint, according to MWPVL.

Still, it has scaled up faster in Mexico than in Brazil, which MWPVL says has 665,400 square feet.

For Pedro Villa, whose Mexico-based company Konekte sells home storage equipment, speedy deliveries boost sales by reining in first-time shoppers who are concerned about online fraud and worry packages may not arrive.

"It's about confidence," Villa said. "If you pay and it takes a week or 15 days, you're going to want your money back."