By Stephen Nellis (Reuters) - A federal judge on Thursday ruled that evidence provided by chip supplier Qualcomm Inc that major phone makers like Apple Inc have moved to competing suppliers like Intel Corp cannot be used to fight allegations Qualcomm acted to preserve a monopoly on some mobile phone chips. The Federal Trade Commission's lawsuit in the U.S. District Court for the Northern District of California alleges that Qualcomm's patent licensing and chip sale practices were anticompetitive and sought to preserve a monopoly on so-called premium LTE modem chips, which help mobile phones connect to wireless data network. 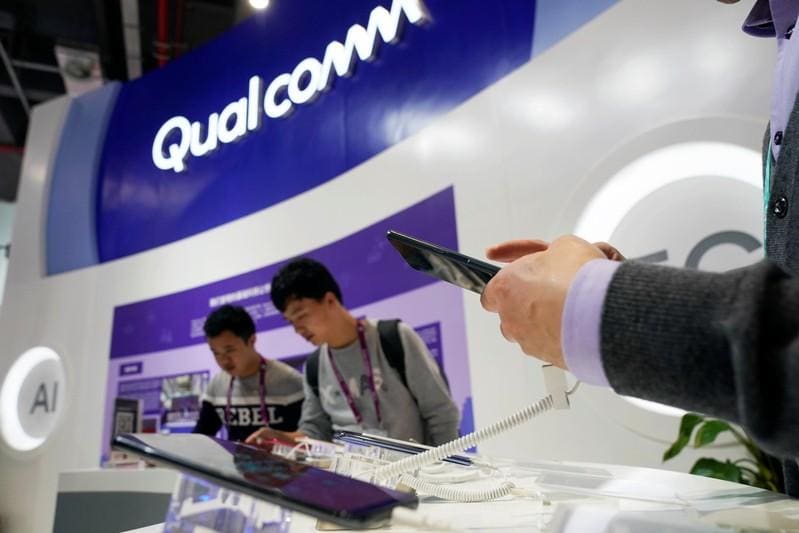 The Federal Trade Commission's lawsuit in the U.S. District Court for the Northern District of California alleges that Qualcomm's patent licensing and chip sale practices were anticompetitive and sought to preserve a monopoly on so-called premium LTE modem chips, which help mobile phones connect to wireless data network.

At the hearing in San Jose, California, an attorney for the FTC also said there are "still discussions going on" with Qualcomm about settling the case, but a Qualcomm attorney said there was "no news" about the status of the talks. The two sides disclosed they were in talks in October.

The case, which began in 2017, is headed to trial in January, but the cutoff for the two sides to gather evidence ended in March.

Since March, Qualcomm has disclosed that Apple completely stopped using its modems in its newest iPhones and switched to chips from Intel Corp. Qualcomm has also broadened its use of a lower-cost licensing model for technology for the next generation of mobile data networks, with several phone makers already signing the deals.

Qualcomm argued in court papers that the new market conditions would likely show that it does not have the monopoly on modem chips that the FTC alleges.

But Judge Lucy Koh rejected the request in a pre-trial decision, saying that the case was about Qualcomm's business conduct and not its market power.

"Qualcomm does not argue that any post-discovery evidence shows a change in Qualcomm’s own business conduct. All of the proposed evidence relates to alleged shifts in Qualcomm’s market power," Koh wrote in her decision.

The decision is the second pre-trial blow Judge Koh has dealt to Qualcomm. Last month, she ruled that Qualcomm must grant patent licenses to its technology to rival chipmakers if they request it.