By Carl O'Donnell and Pushkala Aripaka European and South Korean authorities are vying for Gilead Sciences' potential COVID-19 treatment, remdesivir, even though the drugmaker has yet to gain regulatory approval in either market and is still ramping up production of the anti-viral drug. 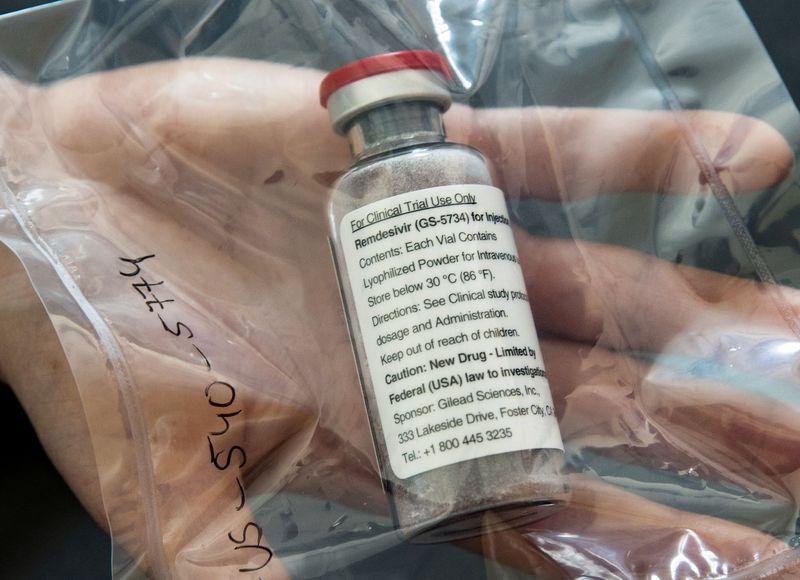 European and South Korean authorities are vying for Gilead Sciences' potential COVID-19 treatment, remdesivir, even though the drugmaker has yet to gain regulatory approval in either market and is still ramping up production of the anti-viral drug.

Governments are racing to bolster supplies of remdesivir, which U.S. regulators greenlighted this month as a treatment for the novel coronavirus. Foster City, California-based Gilead said it will donate 1.5 million doses of remdesivir, enough to treat at least 140,000 patients, to combat the global pandemic.

There is currently no approved medication or vaccine for the highly contagious and sometimes fatal illness, but EU countries are already administering remdesivir to COVID-19 patients under compassionate use rules.

The European Medicines Agency (EMA) noted it has not yet received an application from the U.S. drugmaker, but said its human medicines committee's (CHMP) timeline to assess the drug would be "reduced to the absolute minimum," (https://bit.ly/2ZPh6HA).

Two weeks ago, the regulator told the European Parliament it may give an initial green light for sale of remdesivir as a COVID-19 treatment, fast-tracking the drug to market amid tight global competition for resources.

On Friday, South Korean health authorities said they would request imports of remdesivir to treat COVID-19, as new outbreaks of the disease flare after social distancing restrictions were eased.

This month, the U.S. Department of Health and Human Services said Gilead had committed to supply U.S. hospitals with about 607,000 vials of remdesivir, about 40% of the total 1.5 million-vial donation.

Japan and the United Kingdom have both cleared the drug for use and moved to begin supplying it to patients.

The United States, the world's biggest pharmaceutical market, this month granted emergency use authorization for remdesivir in COVID-19, but has yet to approve the broader use of the drug.

Final approvals are up to the European Commission, which generally endorses CHMP recommendations.

Remdesivir is the first drug to show benefit in a large placebo-controlled trial. Preliminary results from a National Institute of Allergy and Infectious Diseases (NIAID) trial showing the drug cut hospital stays by 31%, or about four days, compared with a placebo.

Last month, Gilead said it will work with international partners to expand production of remdesivir. The company said it expects to have more than a million remdesivir treatment courses manufactured by December, "with plans to be able to produce several million treatment courses in 2021."

The U.S. government began distributing the drug this month but doctors said they were concerned after being denied their request to obtain the new therapy, IDSA president Dr. Thomas File told Reuters in May.